License hitch block Kenyans dreams of working in the Gulf

Over $34 million in potential remittances missed between December and January 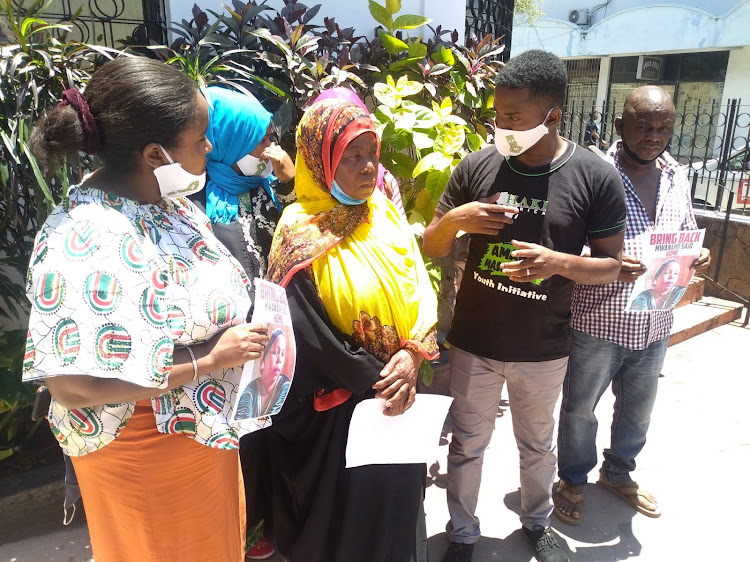 Sarah Mwaka, 25 has worked as a house help in Saudi Arabia's capital of Riyadh for the past two years.

With a salary of SAR 1200 (Saudi Arabian Riyals), about Sh35,000, she sends almost half of her salary every month to support her family back in her village in Kilifi.

With unemployment in the country at about 7.4 per cent, with about 85 per cent below 35 years, Kenyans have been seeking opportunities abroad in both skilled and unskilled labour.

The Middle East is a top destination for unskilled labour export by Kenya, mainly domestic workers.

Thousands of these girls' dreams to work abroad however seems to be fading with the ongoings at the National Employment Authority(NEA), which inspects and licenses recruiting agencies exporting Kenyan labour.

At least 320 recruiting agencies had their licenses expire last year, according to documents in the Star's possession,with the majority yet to be renewed, blamed on incompetence and corruption at the agency.

“It takes up to six months to renew a license,” a frustrated director of a recruiting agency told the Star yesterday. “Some applied in 2019 and are yet to get approvals.”

The authority is said to be keen on licensing new entities that come with Sh500,000 fee as opposed to the Sh250,000 paid to renew an existing license.

More than 300 private companies were registered last year to place Kenyans in jobs abroad after they were subjected to vetting, according to Labour Cabinet Secretary Simon Chelugui.

“We vetted and registered 302 private employment agencies to recruit Kenyans to the labour market abroad,” the CS said.

This, even as Kenya continues to miss out on potential labour export for domestic workers.

This is pegged on the Bilateral Labour Agreement(BLA), with Saudi Arabia, signed in 2017, that provides for better working conditions, insurance and accommodation, among other benefits.

Lack of strong BLA's is blamed for the reduced potential export market.

Failure to review the BLA with Saudi Arabia within an agreed period of six months, after its signing, also continues to expose Kenyans to poor working conditions, agents say, including low salaries compared to workers from other countries.

“Countries like the Philippines have secured a minimum package of SAR1,500 which is about Sh45,000. Our girls are demoralized working in the same environment where they do the same work but earn less,” said Harun Ambenje, former ASMAK chairman.

The Saudi government has also extended a deal for skilled labour migration from Kenya but is yet to be embraced by the Kenyan government, with recruiting agencies blaming NEA.

“NEA is more of a curse rather than a blessing to the Kenya youth and job seekers,” Ambenje, who is now the spokesperson for 'Face of Change', formed by about 150 recruiting agencies.

The authority has also been accused of facilitating foreign companies to set base in Kenya at the expense of locals, where foreign entities hide behind local directors and employees.

NEA Director-General Edith Okoki refused to comment in details on the license renewals hitch and graft claims at the authority.

“Write an official communication to the ministry to enable us to give you the process of issuing a certificate to agents. There is much you could educate the public on,” she told the Star in a message.

In November last year, the Office of the Director of Public Prosecution wrote to the

Ethics and Anti-corruption Commission, in a demand letter for an audit of migrant workers processing, after receiving complaints from the public.

“The letter raises serious integrity issues in violation of chapter 6 of the constitution which need to be investigated,” DPP had said.

Meanwhile, a new curriculum introduced by the National Industrial Training Authority (NITA) for domestic workers seeking to travel outside the country remains a challenge.

NITA on January 13, wrote to homecare management training providers on the new requirements which scrap the traditional pre-departure orientation of 14 days, introducing a training of between 21 and 30 days, at a fee of between Sh8,000 and Sh25,000.

This, even as it moved to cut training schools from 64 to 17, reducing the country’s capacity to prepare the job seekers for departure.

“Training should be carried out in the approved venues and only approved resource persons by NITA are allowed to facilitate the training. NITA and NEA officers will carry out periodic monitoring and quality assurance throughout the training,” NITA director general says in the letter.

Currently, available institutions can accommodate about 2,024 persons, against a monthly target of 12,000 a month, based on the market demand.

Only those who have passed their exams are allowed to travel.

The shortage has seen some agencies like Maharah Kenya partner with NITA to offer first-hand training and orientation for those heading to the Gulf.

The firm's director Abbas Muhammed Zain told the Star that they chose to take the initiative due to high demand in the market and are looking forward to working with other state and non-state actors to scale the programme and bring sanity in the market.

Over 20,000 visas are yet to be serviced pegged on training bottlenecks with over 70 per cent of those examined failing.

On December 10, last year, a section of recruiting agencies secured a court order to have initial procedures stay.

The court ruled that the fees are “highly prejudicial to Kenyan citizens seeking employment in Saudi Arabia and the agents handling the export of labour.

''The action is against the Bilateral Agreement and Agents to Agents agreement entered between the two countries,” the employment and labour relations court ruled,'' the Labour Relations Court said.

While the Jubilee government has been keen to secure jobs for Kenyans abroad, local policies could derail the processes and gains, with the country losing out to the much-needed diaspora remittances.

The country is said to have lost at least $34million (Sh4.7 billion) in potential remittances in the last two months due to low departures, occasioned by the new recruitment rules.