This is driven by demand in the wake of the Covid-19 pandemic.

Nairobi is among cities with growing demand for flexible office and co-sharing working space,with 2-4% of office space under the flexible offices segment.

•This is projected to double in the next five to ten years. 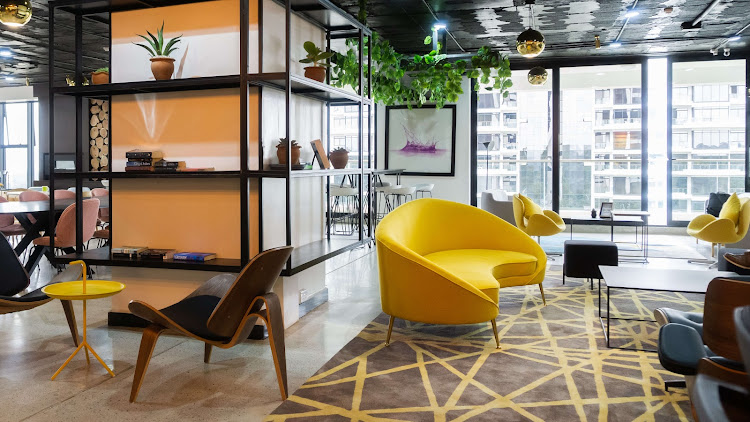 An office section at one of Workstyle's premises in Nairobi/COURTESY

Premiums serviced offices operator-Workstyle Africa plans to expand its business in Nairobi in the wake of rising demand for flexible office and co-sharing working space.

The demand, management says, has been accelerated by the Covid-19 pandemic as companies move to cut on long-term office leases, huge rent budgets and underutilized space in major buildings across the city.

Nairobi is among cities with growing demand for flexible office and co-sharing working space,with a recent survey showing about two to four per cent (2-4%)of office space is under the flexible offices segment.

“While most offices in Nairobi are still traditional offices, the trend is likely to change at a faster rate post Covid,”Workstlyle Africa Co-Founder Ronald Nyairo told the Star in an interview.

The company opened its first business in Nairobi in February 2018, located at Pramukh Tower, Westlands Road.

In 2019, it unveiled a new location at the  The Address, Muthangari Drive, offering companies a solution where they can have flexible fully furnished offices that comes with office services required.

“Last year we postpone opening new location as Covid-19 slowed down economic activities but we are looking at expanding aggressively this year and next year,” Nyairo said.

When Covid-19 hit the country in March last year, most companies and state agencies adopted a work from home formula, a trend that is ongoing at some institutions.

A number of multinationals, consultants and local companies have explored renting office or working space on a need basis, a move that is increasing usage of flexible offices in the city.

“A lot of companies don't know how the next two or three years will be like , some businesses are growing fast some slow. So most like a solution like this because it allows then to pay for space that is needed at that particular time. They increase office spend as the need increases,” Nyairo noted.

Most companies adopting flexible offices are moving from Grade B building offices and other high-end buildings where letting is done per square foot.

In the traditional real estate sector, individuals and companies are also tied to long-term leases of up to six years for space, which at times is not fully utilised.

A number of companies have invested in the flexible office and co-sharing working space in Nairobi, where it is projected by 2025, five to eight per cent (5-8%) of office space will be under the segment.

Pre-covid, the projection was that global cities such New York and London, 30 per cent of all offices would be flexible offices by 2030.

This has however been accelerated by the pandemic which according to industry players, the 30 per cent mark is likely to be hit within five years.

“Our plan in 2021 is to expand one of our existing businesses and expand to two new locations.This is driven by demand. There is a lot of potential and opportunity to grow," Nyairo said.

While working from home is an option, there is a challenge of interference by  spouses, children and friends, Nyairo urgues, mainly during online meetings and connecting with colleagues in decision making.