In 2019, it announced plans to offer retail banking as part of a diversification strategy meant to build new engines of growth. 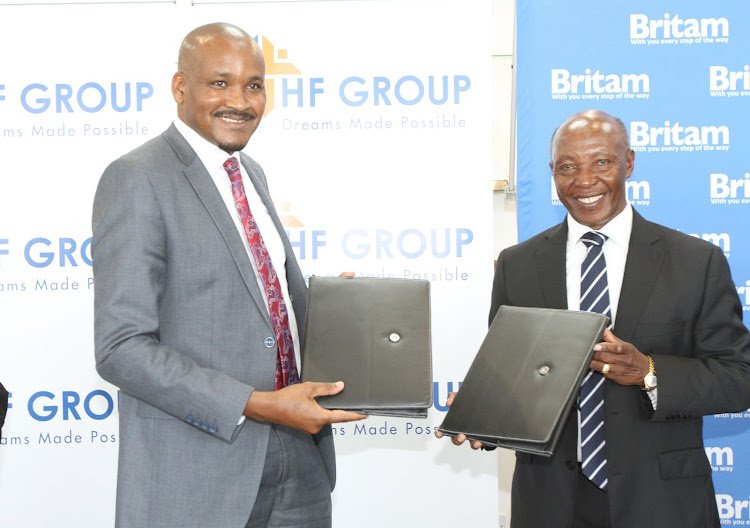 HF Group is set to receive Sh1 billion from Britam Holdings to boost its capital base as the mortgage lender transitions into a full-fledged bank.

On Wednesday, HF Group said it had signed a capital injection from Britam as part of its broader strategy to power growth and cement its-full banking strategy.

He said the funding is a vote of confidence informed by the results being witnessed through the lender's business transformation initiatives.

In 2019, HF Group announced plans to offer retail banking as part of a diversification strategy.

The mortgage lender's fortune has been improving in the past two years, cutting losses in the last financial year by 81.6 per cent attributed to reduced operating costs. This was from a loss of Sh598.2 million the previous year.

Last year, it shut down its investment unit, HF development and Investment Ltd (HFDI), in a move aimed at cutting losses and strengthening liquidity.

Most of HFDI’s assets and liabilities were transferred to the parent company.

Even so, HF Group remains sufficiently capitalised with a core capital to risk-weighted assets ratio of 13.3 per cent, 2.8 per cent points above the statutory requirement of 10.5 per cent.

The total capital to risk-weighted assets ratio came in at 14.6 per cent, exceeding the statutory requirement by 0.1 per cent points. The cash injection by Britam is expected to further improve the capital ratio.

Kibaara said the firm has diversified into new business segments such as SME banking, diaspora banking and personal banking, growing customer numbers by 25 per cent in two years.

''Over that period, customer deposits have grown by Sh3.8 billion while interest expense has reduced by Sh1 billion,'' Kibaara.

Customer numbers have grown by 25 per cent on the back of a robust digital banking platform and diversified product offering.

Outgoing Britam MD Benson Wairegi said the support will allow the bank to grow its full-service banking offering, deepen penetration of banking services and promote financial inclusion for all.

''This demonstrates our confidence in the transformation strategy of HF Group. The capital will also boost the bank's HF strategy focusing on end-user financing for affordable housing,'' Wairegi said.