•And the applications that were successful from the Coast were only worth Sh300 million.

•In Kwale county alone, for example, there are over 70 properties, including beach hotels, but only five of them applied. And only two of the five were successful. 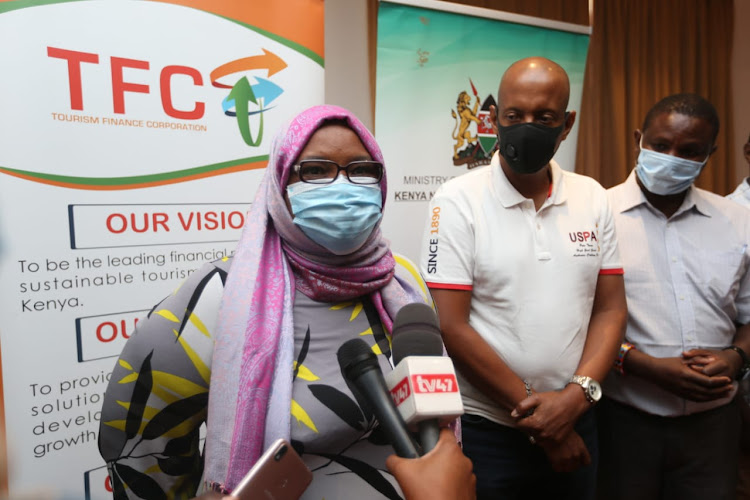 Most Coast hotels, sitting on prime beach areas, have not applied for the government’s refurbishment soft loan, puzzling the authorities.

The Tourism Finance Corporation said despite the government allocating the lion’s share of the Sh3 billion tourism stimulus package meant for the Coast region, only a handful of them applied.

Applications from the Coast region were only worth Sh1.5 billion out of the Sh7.3 billion worth of applications across the country.

And those that were successful were only worth Sh300 million.

In Kwale county alone, for example, there are over 70 properties, including beach hotels, but only five of them applied. Of these, two were successful.

The total applications from Kwale were worth Sh214.7 million.

Kilifi county had applications worth Sh317 million, Taita Taveta Sh52.2 million and Mombasa was the highest with Sh942.3 million worth of applications.

60 per cent of the Sh3 billion, amounting to Sh1.8 billion, was set aside specifically for the Coast region.

Nairobi had applications worth Sh2.9 billion despite the region’s facilities competing for only Sh1.2 billion available to them and the rest of the country.

Tourism PS Safina Kwekwe on Saturday said the high stake set for the Coast region is as a result of it having "a special place in the government’s plans."

It is the tourism capital of the country and rakes in the lion’s share of the over Sh100 billion that the tourism sector generates for the government.

2020 earnings however dipped by more than Sh130billion as Covid-19 brought the sector to its knees.

PS Kwekwe said the poor response from the Coast facilities and properties is because most had anticipated that the fund would take care of things that were beyond the purpose of the fund.

“They did not quite understand what this fund is for,” said Kwekwe.

The main purpose of the fund is to help tourism stakeholders to support renovation and refurbishment of the hotel and other facilities, and to take care of the business restructuring of their operations.

This prompted the TFC, the Tourism Fund and ministry officials to visit the region to clarify issues and probably address any emerging issues.

“The Coast destination, from Diani to Lamu and Tsavo, is unique because it is the only beach destination and one of the regions that had suffered most,” said Kwekwe.

She spoke at the PrideInn Beach Hotel where they had engagements with different tourism stakeholders.

Kenya Tourism Federation chairman Mohammed Hersi said it is unfortunate that Coast region has not come out to apply for the loans.

He noted that many of the big hotels had already taken loans from financial institutions and still have projects to carry out so it was difficult for them to seek more loans.

He otherwise encouraged hoteliers and other stakeholders to apply for the loans warning that future help will be pegged on the response from this particular kitty.

“If we don’t apply then it means that any future support may be unforthcoming. They will say ‘we gave you this but you did not take, why should we give again’?” said Hersi.

TFC managing director Jonah Orumoi said many of the applicants from the Coast wanted the soft loans to buy off other loans, which is against the purpose of funds.

“The main purpose of the fund is to help properties refurbish because most of the properties at the Coast are tired,” said Orumoi.

He said the maximum a property can get is Sh50 million but the amount rises to Sh200 million for chain hotels.

The first disbursement of funds for the successful applicants is expected to be in mid-February and the rest will be disbursed by the end of March.

Orumoi said they also received applications from conmen, who applied for the loans but on background check were found to be non-existent.

“You can see how badly people want this money. So it comes as a surprise to us to see genuine hotels at the Coast not applying for it,” said Orumoi.

Kwekwe said the major challenges experienced by hoteliers and tourism stakeholders are operating costs and this made the Coast stakeholders want to use the soft loans for purposes not meant for it.

Hersi asked the ministry to also consider other industry players like tour operators who, he said, work hand in hand with hoteliers.

“These tour operators are the ones who are feeding the hotels and they are the first contact that any international guest will have,” said Hersi.

Kwekwe said apart from the Sh3 billion kitty, there is another Sh2 billion for conservation efforts controlled by the Kenya Wildlife Service and another Sh1 billion for the Kenya Tourism Board to market the region.

Orumoi said there are other funds that the other industry players can apply for but will not have terms as good as the stimulus package.

The stimulus package loans are payable at five per cent interest rate per annum with a 12-month grace period.