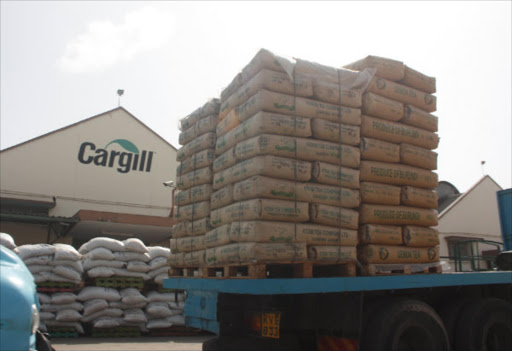 TEA PRICES Tea packages ready for export at one of the warehouses in Shimanzi, Mombasa/FILE

Tea farmers in the country could receive higher earnings this year as auction prices pick compared to last year's average.

This is higher than 2020's full-year average price of $1.80 (Sh197.28 ) with industry players, led by the auction managers–East African Tea Trade Association (EATTA), anticipating better prices and returns to the farmers.

In 2019, it fetched an average $2.05  at the Mombasa weekly auction, with above the two-dollars a kilo being the preferred price mark.

The good start however came with a drop in traded volumes which were 1.1 million kilos less than the last sale of 2020.

“Pakistan Packers were forceful and lent more and strong support with increased and strong interest from Kazakhstan, other CIS nations, Yemen, other Middle Eastern countries and UK,” the association's report states.

Local packers participated in line with price, Iran were selective while Somalia maintained activity at the lower end of the market.

Farmer's earnings were however cushioned by a stronger dollar to the Kenyan Shilling as the commodity trades on the US currency, with the shilling hitting a historic low of an average 111.1 units to the US dollar in December.

It has however started to strengthen, trading at 109.5 to the dollar yesterday–Central Bank of Kenya data.

EATTA managing director Edward Mudibo said this year's prices will be highly driven by climatic conditions and demand in core markets of Pakistan which takes up 38 per cent of Kenya's tea exports, Egypt, the UK and Sudan.

Over supply of the commodity, in case of favourable weather, will however affect prices in case of low demand.

“We are however optimistic prices on average will be better than what we saw last year,” Mudibo told the Star in a telephone interview, and was optimistic the average price will go above two dollars in the near future.

A price of below two dollars is considered low and affects farmers' earnings.

Last year, there was over-production and oversupply of green leaf in the wake of favourable weather conditions, with a depressed export market affecting buying decisions.

On the onset of the Covid-19 pandemic, buyers also stocked their warehouses for fear of a supply cut, a move that slowed buying of new stocks, hence the low price margins.

The 54 tea factory companies managed by the KTDA in October released Sh27.62 billion, being the final payment, popularly known as “bonus”, to tea farmers. This is for the Financial Year ended June 30, 2020.

Meanwhile, reforms in the tea sector driven by the Tea Bill of 2018,are expected to help improve farmers' earnings .

President Uhuru Kenyatta signed into law of the Bill on December 23, last year, setting pace for its implementation.

The Bill introduces a raft of measures among them revival of the Tea Board of Kenya, changes in the auction process and export, limiting the number of tea factory board members and a new levy among others.

“Generally, the new law creates an environment that encourages development of the tea sub-sector. In the long run, this will be beneficial to the smallholder tea farmer,” said Alfred Njagi, Kenya Tea Development Agency Managing Director for Management Services.

The agency has however poked holes on a number of sections of the bill, which they have warned could crush the commodity's prices, increase factories' operational costs and reverse gains made in the past to cushion farmers from high taxation, that ends up eating into their earnings.

The new law provides that all tea processed and manufactured in Kenya for export, with exception of orthodox and specialty teas, be offered for sale exclusively at the auction floor.

This denies Kenyan producers access to the direct sales market that on average delivers higher prices than the auction,

A blockage on direct sale is also likely to see buyers relocate to neighbouring countries to service their needs at the detriment of Kenyan producers, KTDA argues.

The commodity has averaged below two-dollars for the better part of the year
Business
1 year ago
Post a comment
WATCH: The latest videos from the Star
by MARTIN MWITA Business Writer
Kenya
13 January 2021 - 04:00
Read The E-Paper