This came with a 72% drop in international arrivals

•The country only realised a paltry Sh37 billion in direct international tourists' receipts in 10 months.

•The loss is pegged on a 72 per cent drop in international visitors during the period, as total arrivals closed at 470,971 compared to 1.7 million in the same period last year. 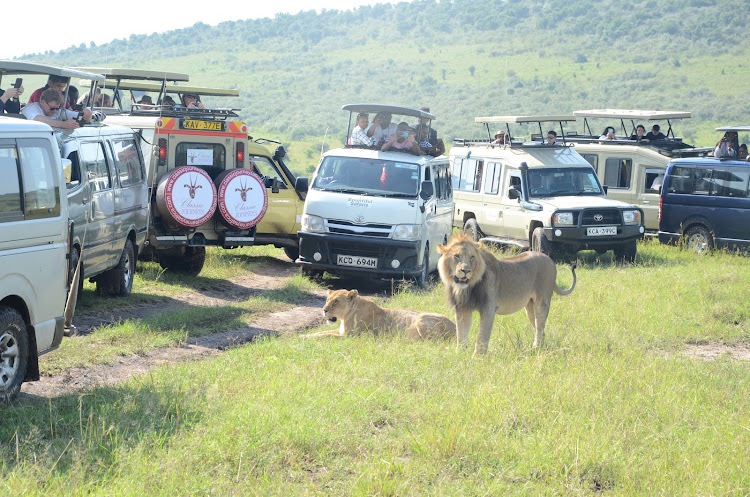 Kenya has lost Sh110 billion in tourism earnings for the year to October as the Covid-19 pandemic brought the industry to its knees.

Data by the Tourism Research Institute(TRI) shows the country realised a paltry Sh37 billion in direct international tourists' receipts in 10 months, against a projected Sh147.5 billion for the review period.

The loss is pegged on a 72 per cent drop in international visitors during the period, as total arrivals closed at 470,971 compared to 1.7 million in the same period last year.

There were no arrivals in April, May, June and July when international flights were grounded to contain the spread of the virus, with the government directive running between March 25 and August 1.

“The sector hence lost over Sh110 billion of direct international tourists' revenue due to the Covid-19 pandemic,” TRI says in its statistics.

The loss is expected to widen as arrivals remained low in November into December, with domestic tourism being the most active segment this festive season.

According to TRI, total arrivals were 170,803 in January before falling to 150,968 in February. In March, a total of 67,819 international visitors came into the country mainly for holiday, business and visiting friends.

“This was followed by a drastic decline when Covid-19 spread rapidly and the country, like the rest of the world, took measures to contain the spread and eventually a total collapse from April to July,” TRI notes.

The sector then went into a dry-spell as Covid-19 disrupted global travel with airlines all-over the world grounding operations.

“We had a lot of cancellations. Some people sought refunds but some opted to push their holidays ahead,” said Maureen Wanjiru, a Nairobi based travel agent.

After the resumption of international flights on August 1, the country recorded 14,049 arrivals within the month.

This went up to 26,018 in September and picked to 39,894 in October,  driven mainly by business travellers and Kenyans living abroad returning home.

“We are not out of the woods yet, but we are optimistic the situation will gradually improve once the vaccines being developed become readily available to the masses. The whole world will be safe only when everybody is vaccinated,” Tourism CS Najib Balala said in a statement.

In the 10 months, Uganda led as Kenya's top market source with a total of 60,399 visitors for the first time beating the traditional leading market of US which had 53,444 visitors coming to Kenya.

Balala had in August warned that tourism earnings for this year will be down by 80 per cent as global travel and local conferences remain restrained by the Covid-19 pandemic.

This translates to about Sh130.9 billion, what Kenya will miss, based on the 2019 total industry revenues.

He also projected international arrivals will fall by 90 per cent, translating to a total of 1.8 million visitors that will be missed this year.

The industry is currently heavily dependent on the domestic market to sustain businesses as the country chats a post-Covid recovery.