The unemployment rate increased sharply, doubling to 10.4 per cent during the period under review 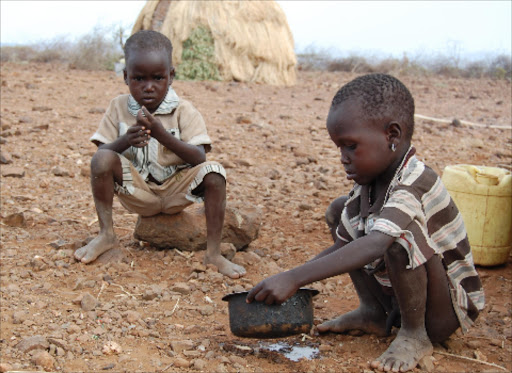 A boy from a village in Lokichogio, Turkana County, wash a sufuria.
Image: FILE

Kenya’s economy has been hit hard by Covid-19, severely affecting incomes and jobs since April, according to a World Bank report

It indicates that the pandemic increased poverty by four per cent   (or an additional two million poor) through serious impacts on livelihoods, by sharp decreases in incomes and employment.

The unemployment rate increased sharply,  doubling to 10.4 per cent during the period under review as measured by the KNBS Quarterly Labor Force Survey.

Many wage workers who are still employed face reduced working hours, with average hours decreasing from 50 to 38 hours per week.

''This has exacerbated food insecurity, and elevated pain and human suffering,'' the lender says in the report.

The Kenya Economic Update covering April to October shows the country's economic growth shrunk to negative 0.4 per cent compared to a growth  of 5.4 per cent a similar period last year.

"The economy was exposed through the dampening effects on the domestic activity of the containment measures and behavioural responses, and through trade and travel disruption (affecting key foreign currency earners such as tourism and cut flowers),'' the latest report by the lender reads.

According to the bank, the drop reflects a worse-than-anticipated Q2 GDP outturn, mainly due to a sharp reduction of services sector output, especially education.

As a result, the economy is projected to contract by one per cent in 2020 in the baseline scenario, and by 1.5 per cent in a more adverse scenario.

"This revision essentially adopts the adverse scenario outlined in the April 2020 update, reflecting the more severe impact of the pandemic to date than had been initially anticipated, including on the measured output of the education sector following the closure of institutions in March,'' World Bank says.

The services sector contracted by 3.2 per cent year-on-year during the six months, as a moderation in the first three months of the year was followed by a sharp outright contraction in the following quarter.

Transport and storage services contracted by 11.6 per cent, and wholesale and retail trade activity by 6.9 per cent over the same horizon, also contributing to the services sector contraction.

The impact on education was particularly large and was the main driver of the contraction of overall output during the period.

''With schools and other institutions shut down, education sector output is estimated to have contracted by 56.2 per cent, exerting a drag of 3.8 percentage points on year-on-year GDP growth during the quarter,'' World Bank says.

Wholesale and retail trade’s contribution to growth declined to nil, while the contribution from transport and accommodation contracted severely

This reflects the closure of national borders, suspension of international flights, and limited mobility.

In response to the crisis, the government has deployed both fiscal and monetary policies to support the healthcare system, protect the most vulnerable households, and support firms to help preserve jobs, incomes and the economy’s productive potential.

Tax revenue dropped below target, due to the marked slowdown in economic activity, as well as tax relief as part of the government’s fiscal response package.

At the same time, expenditures were raised to strengthen the capacity of the healthcare system to manage infections, protect the most vulnerable households, and support businesses.

Even so, moving into the second half of the year, high-frequency data point to a recovery in economic activity, but output remains well below levels experienced before the shock generated by the pandemic.