•This is a dip from Sh407 million reported in a similar period last year. 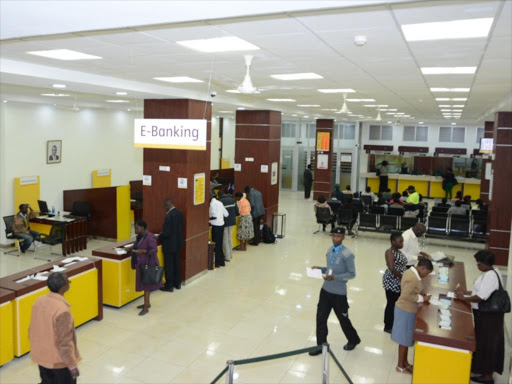 National Bank of Kenya (NBK) has posted Sh87 million in profit after tax for the nine months ending September 2020.

This is a 78.6 per cent slump compared to the Sh407 million posted in a similar period last year, where the lender has blamed effects of the Covid-19 pandemic on the dismal performance.

It grew its profit 20 fold last year from from Sh21.97 million made in 2018, a move that came with the takeover by KCB Group.

In the period under review, the bank recorded a profit before tax of Sh535 million representing a seven per cent increase over a similar period in 2019.

The corporate and retail franchises of the bank remained resilient, amid a subdued economy and reduced activity across sectors, due to the crisis.

“These results demonstrate the bank’s resilience, in the face of a very challenging operating environment. They have been buoyed by ongoing efforts to turnaround this institution that have however been slowed down by effects of the Covid-19 pandemic,” managing director Paul Russo said.

Non-funded income grew by five per cent from the previous year, on increased focus on digital banking.

Interest income stood at Sh7.2billion, a growth of nine per cent due to increased volumes in loans and advances as well as sustained recoveries. Comparatively, interest expense remained relatively flat at Sh2billion.

Total operating costs increased by 14 per cent , largely driven by increased provisioning to cover for higher credit risks due to the pandemic in a period that also saw the bank continue to drive cost management initiatives.

On the balance sheet side, total assets grew by 21 per cent to Sh129.5billion from Sh107billion, majorly from net loans and advances which were up 12 per cent to Sh 53billion.

This was also supported by increased customers and deposits which grew by 24 per cent to Sh102 billion.

The bank recorded improvements in key ratios such as the capital position. Liquidity ratio was at 47.3 per cent compared to 35.7 per cent in 2019.

“We remain cautiously optimistic about the future of the bank. We continue to invest in revamping our channels and delivering an unmatched experience to our customers,”  Russo said.