Latest data shows the retailer paid Sh796.5 million to suppliers in the month of September.

•The Association of Kenya Suppliers yesterday however said it remained concerned over delayed payments. 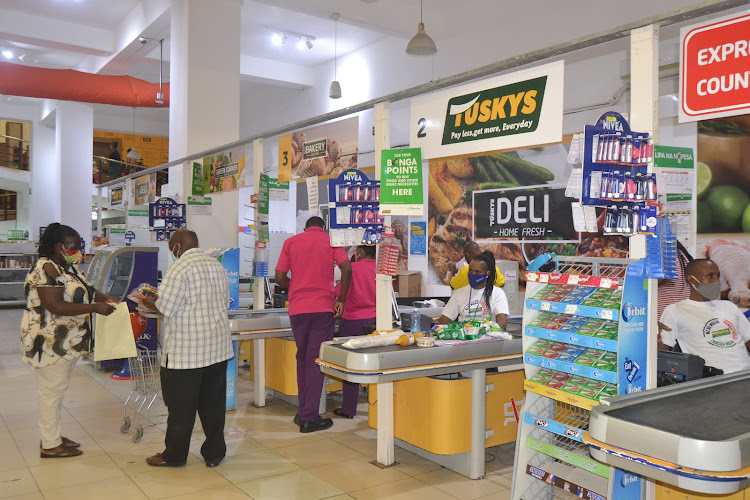 Struggling retailer, Tuskys has paid a total Sh6.1 billion in supplier debt in the last four months, as it seeks to amend its relationship with suppliers.

An official at the Competition Authority of Kenya (CAK) told the Star the retailer paid Sh796.5 million to suppliers in the month of September.

The retailer has also been facing the auctioneers hummer over rent dues at some of its branches, with low business leading to closure of some outlets in different parts of the country.

The competition watchdog had ordered Tuskys to settle Sh1.29 billion owed to suppliers between July 1 and July 16.

In May, Tuskys informed the regulator that it owed suppliers a total of Sh884.3 million, which was later revised downwards without proof of payment.

The regulator however established the retailer had failed to disclose some Sh400.9 million owed to suppliers.

CAK director-general Wang'ombe Kariuki last month noted the retailer had cleared 60 per cent of its debt.

The Association of Kenya Suppliers yesterday however said it remained concerned over delayed payments.

“Each supplier has their own arrangement but yes we are concerned over the delays,” the association's CEO Ishmael Bett told the Star on phone.

He said the association is engaging Tuskys and the government to resolve supplier concerns.

In August, the retailer said it had reached an agreement to pay part of the debt over two years.

“Total trade supplier debt is Sh6.2 billion. 40 per cent of this has been rescheduled and respective suppliers have signed individual agreements to reschedule the debt to periods between eight months and 24 months,” Tuskys said in a communique to the regulator on August 7, 2020.

The debt clearance process got a major boots last month after the first tranche of the Sh2 billion capital injection from an undisclosed Mauritius-based fund hit its account.

“Having received the funds, we are actively releasing due payments to landlords, staff, and suppliers. In particular, the first tranche of the suppliers' old debt amounting to Sh321 million has been settled,” Githua had said in a statement.

The portal with more than 280 suppliers has continued to enjoy immense support with a more than Sh1.8 billion turnover barely eight weeks after it was launched.

“We remain committed to ensuring that we progressively continue to meet our liabilities and restore our shopping experience. We wish to thank our suppliers and stakeholders for their continued support,” Githua said.

Tuskys has partly blamed its financial troubles and efforts to bounce back, on the effects of Covid-19 on its business, including containment measures by the government such as curfew.

It was forced to close its Tom Mboya(Nairobi),  Kitale Mega and its Digo Road (Mombasa)branches over low business.

The family owned retailer is however confident it will regain its footing, banking on among others, capital injection and a new restocking deal with suppliers, to replenish its stores.