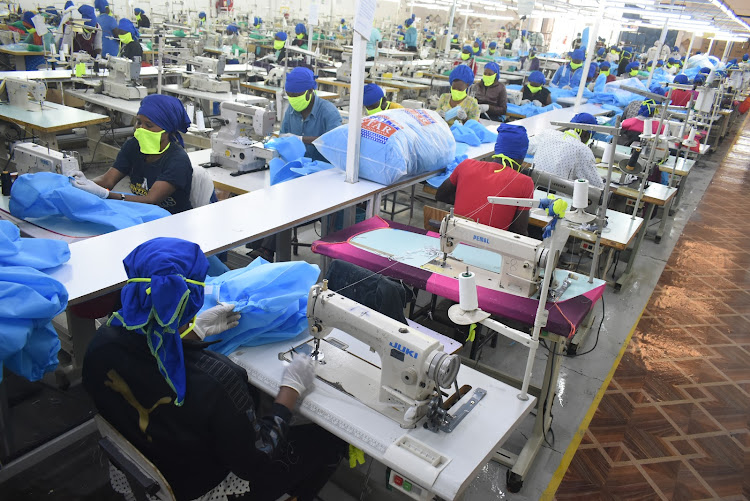 Kenya is among the few sub-Sahara Africa countries  that could develop into manufacturing hubs due to the Covid-19 pandemic and displace traditional market sources like China.

However a report by rating agency firm Fitch Solutions says the region will witness limited benefit from global supply chain diversification brought about by Covid-19 in the next five years.

This is due to inadequate transport infrastructure, insufficient access to key utilities such as electricity, limited skilled and semi-skilled labour, and elevated political risk.

According to the firm, gradually rising labour costs in China and increasing trade protectionism had seen European and US companies reevaluate their sourcing strategies and believe that the Covid-19 pandemic will further encourage firms to diversify supply chain.

''While this will offer tailwinds for many emerging markets, there are a number of structural obstacles, which will limit the extent to which Sub-Saharan African (SSA) countries are able to take advantage of this trend,’’ Fitch says in the report.

According to Fitch, weak educational outcomes and inflexible labour regulations will likely continue to undercut cost competitiveness, while poor transport infrastructure and significant bureaucratic ‘red tape’ drive up the time needed to move goods into and out of the region.

''Alongside the often challenging regulatory environment and elevated political risk, this will likely stymie efforts to expand manufacturing across most of the continent,’’ Fitch says.

Even so, some countries stand to benefit, most significantly in lower valued-added apparel manufacturing.

According to Fitch’s proprietary index, Ethiopia comes in well ahead of regional competitors as a result of reform-minded government and a massive pipeline of infrastructure investment.

The country supply chain is expected to expand 15 per cent, followed by Lesotho at 11 per cent and Kenya at 10 per cent.

''While still a relatively small-scale producer at present, we see scope for Ethiopia to noticeably expand its share of the US market over the coming decade,’’ Fitch says in the report.

In terms of mid-range manufacturing, the report shows that South Africa, Nigeria and Kenya could serve as regional production hubs, potentially displacing some Chinese imports.

However, the limited pace of reform and rising fiscal headwinds will cap the pace of change, and we see little scope for any of these countries to play a much bigger global role.

It added that Kenya benefits from a comparatively more stable political environment and stronger overall business environment than much of the region, and its talks with the US on the signing of a free trade agreement (FTA)

''An FTA could buffer Kenya in the event that AGOA is allowed to expire, and boost willingness by US companies to invest,’’ the report says.

It, however, warns that should an FTA include more restrictive rules of origin, forcing Kenya to source more raw inputs from the US or elsewhere in Sub-Saharan Africa, this could undercut cost competitiveness and dent the sector’s growth.