More than 20,000 outlets are expected to resume business.

•This also gives hope to more than 300,000 Kenyans employed directly by bars and night clubs.

•KRA has been missing a huge portion of excise tax since March when measures to contain the spread of the virus came into place. 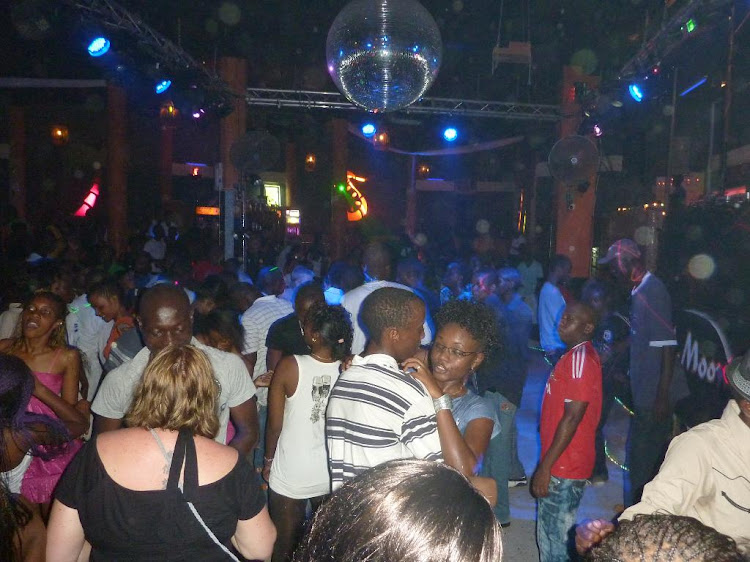 Revelers at a night club in Mombasa/
Image: FILE

Kenya Revenue Authority's tax collection burden has been slightly eased with the re-opening of bars, even as other government's Covid-19 tax relief measures remain in place until January.

The taxman has missed out on a huge portion of excise tax revenues since March, when the government instituted measures to contain the spread of coronavirus, among them the closure of bars and restricted sale of alcohol.

The restrictions were lifted on Monday albeit with shorter operating hours.

Bars started operating on Tuesday bringing to life more than 20,000 outlets countrywide, a move that has given hope to more than 300,000 Kenyans employed directly by the outlets.

At least 5,000 bars, entertainment spots, and restaurants had closed down in Nairobi alone with another 4,000 in Mombasa, according to the Pubs Entertainment and Restaurant Association of Kenya (Perak).

“We have been filing nil returns since we closed but now there is hope of going back to business,” Perak executive officer Eunice Ogea told the Star yesterday.

The association is however concerned most bars might not be in a position to resume business as liquor licences have expired.

“Most outlets renew liquor licenses between March and May. It is going to be a bit challenging to pay Sh100,000 when almost everyone was out of business,” Ogea said.

He said the association will seek waivers from county governments to support businesses in resuming operations.

Though return to normalcy is going to be slow, it is a relief for industry players and KRA which has been missing about 60 per cent of excise duty payable by the industry.

“It is a positive decision to the hospitality industry. We had lost over 350,000 jobs in the bars alone. Combined with the value chain, the effect was devastating to the economy,” Alcohol Beverages Association of Kenya (ABAK) chairman Gordon Mutugi told the Star.

“It is a welcome move as we can now anticipate return to normalcy in the sector,” he added.

During the closure period, March–September, gross sales for beer reduced by more than 50 per cent, ABAK said, a huge revenue deficit for KRA.

With effect from June 30, 2020, spirituous beverages of alcoholic strength not exceeding six per cent have been attracting excise duty at a rate of Sh110.62 per litre.

Spirits of undentured ethyl alcohol; spirits liqueurs and other spirituous beverages of alcoholic strength exceeding six per cent are charged excise duty at a rate of Sh253 per litre.

Beer, cider, perry, mead, opaque beer and mixtures of fermented beverages with non-alcoholic beverages are charged excise duty at a rate of Sh110.62 per litre.

KRA is getting Sh75 per bottle of beer as tax.

“Manufactures and importers of these products are reminded to ensure compliance with the law,” KRA commissioner for domestic taxes Elizabeth Meyo had said in July on changes to Excise Duty Act, 2015 as amended by the Finance Act, 2020.

A spot check by the Star showed most bars have started operating, albeit on a slow rate.

“We opened the first day (Tuesday) but business is still low. People just pop in briefly saying they have just come to see if we are open. We are however optimistic things will pick up,” said Samuel Nguyo, a bar owner in Roysambu Nairobi.

In the 2019/20 financial year, domestic excise taxes recorded a decline of 6.4 per cent from an average growth of 4.3 per cent.

Commissioner general Githii Mburu attributed this mainly to the effects of the Covid-19 pandemic, which contributed to the decline of production of excisable products like cigarettes, spirits, keg beer and non-keg beer.

National Treasury has projected Sh1.63 trillion as ordinary revenues for the financial year 2020/21, to help support government spending in the Sh2.79 trillion planned budget for the year ending June 30, 2021.

KRA remains optimistic of hitting its targets with excise tax being a major revenue contributor, despite a slow start in the first two months of the current financial year, which have been marked by drops.

July and August were however slow
Business
2 years ago

Revenues in July and August declined by 16.4 per cent and 13.4 per cent respectively, compared to same period last year.

KRA collected Sh115.8 billion in July and almost a similar amount in August.

The taxman is however confident with the economy slowly re-opening, its basket is going to fill up as the financial year unfolds.

“The worse is behind us,” commissioner in-charge of research Alex Mwangi said noting the worse months for the authority were April, May and June, when the impact of Covid-19 was greatly felt in the economy.

This included job losses which affected growth on Pay As You Earn (PAYE) taxes that registered a paltry two per cent increase, compared to 11 per cent recorded between July 2019 and February 2020.

Post a comment
WATCH: The latest videos from the Star
by MARTIN MWITA Business Writer
Kenya
01 October 2020 - 04:00
Read The E-Paper