This is ahead of the Brexit December 31 deadline

•Both Kenya and the UK are keen to make sure they have a trade deal effective January 1, 2021.

•This would ensure Kenya maintains duty and quota free access to the United Kingdom. 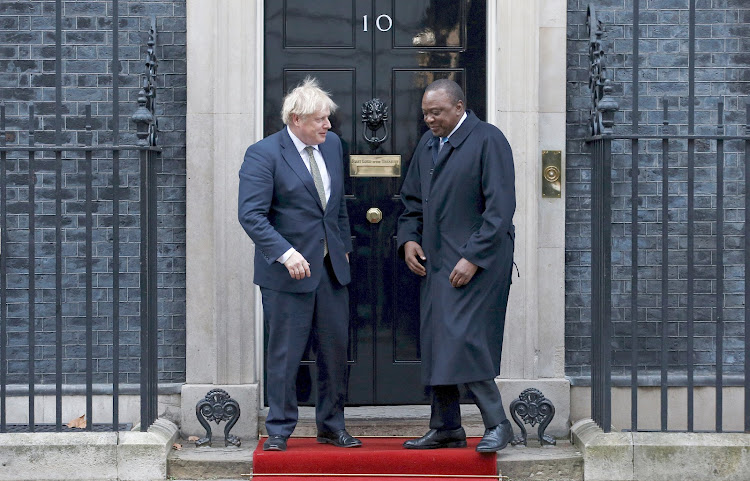 Kenya has welcomed its neighbours in negotiating fora post-Brexit trade deal with the UK for a duty and quota-free market.

The government said the two countries are committed to securing a trade agreement that encompasses the East African Community, should other partner states wish to take come on board.

The European Union says it will listen to Kenya’s proposal to move alone if the EAC fails to ratify the Economic Partnership Agreement as a bloc.
Business
1 year ago

“However, the UK and Kenya will not stand still and are working at pace to secure an agreement before the end of UK’s transition period with the EU at the end of the year,”  Trade Cabinet Secretary Betty Maina said yesterday.

Such an agreement would provide a transition mechanism for Kenya and enable other EAC partner states to join when they are ready to do so while negotiations continue, the CS said.

UK’s exit from EU has a timeline of December 31, and failure to have a trade deal will expose Kenyan exports to higher tariffs, as the EAC-EU EPA terms will not be applicable in UK.

“This will provide the strongest possible platform for the United Kingdom, Kenya and, ultimately, the whole EAC, to expand our trading, investment, tourism and historical relationships in the future,” CS Maina said on the ongoing talks.

In January, President Uhuru Kenyatta and Prime Minister Boris Johnson agreed to negotiate an economic partnership agreement, to secure the interests of the two counties in future trade and investment.

This would ensure Kenya maintains duty and quota-free access to the United Kingdom.

Being the only non-LCD (Least Developed Countries) in the EAC, Kenya could lose out as her neighbours continue to enjoy preferential market access to the EU, under the ‘Everything but Arms’ arrangement.

“Without this framework, Kenya’s exports to the UK and the EU would be subject to duties from January 2021 and that would make its exports less competitiveness and undermine economic growth,” the two countries have noted.

According to the British Embassy in Kenya, there is need for the two to secure shared interests, “to ensure that Brexit does not disadvantage their positions in the global trade and investment ecosystem.”

“The negotiators will ensure that the trade agreement is balanced and focused on promoting beneficial trade, investment and economic relations between Kenya and the UK,” an official fact sheet reads in part.

Kenya and the UK enjoy a longstanding, mutually rewarding partnership in trade, foreign direct investment, development assistance and other areas of cooperation.

The UK is the largest foreign investor in Kenya, with a portfolio estimated at Sh385 billion, with over 220 British companies having invested across different sectors and regions of the country.

On trade, the value of annual trade between the two countries is estimated at Sh70-90 billion.

Kenya has continuously enjoyed a favourable trade balance since 2016. The highest was Sh8.6 billion in 2018, when the value of Kenya’s exports was Sh40.2 billion, relative to imports valued at Sh31.6 billion.

Kenya is a major exporter to the UK and EU of agricultural products including tea, coffee, cut flowers, fruits and vegetables.

The UK is the second-largest export destination, after Netherlands, for Kenya's fragrant cut flowers, with a market share of 18 per cent.

A trade agreement will protect the preferential market access for these prime exports while enabling Kenya to explore opportunities for deepening and diversifying its presence in the UK and EU markets.