•Tanzania had last month banned Kenyan airlines from its space.

•It lifted the suspension last week after Kenya opened its skies to her flights. 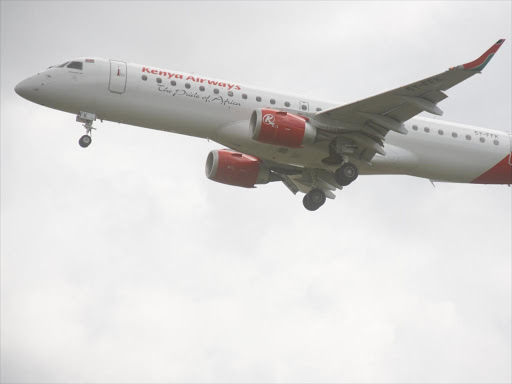 The resumption of flights between Kenya and Tanzania is key for bilateral trade, the East African Business Council has said.

It will help grow trade and investments between the two countries, the council says.

Tanzania had last month banned Kenyan airlines from its space, in retaliation to Kenya’s decision to put in place strict travel measures for its citizens over Covid-19 concerns.

It lifted the suspension last week after Kenya opened its skies to her flights.

Move comes after Kenya added TZ to list where travellers are exempted from quarantine.
News
2 years ago

"For the purpose of this release, therefore, the resumption and restoration of flights for all operators are with immediate effect," Tanzanian Civil Aviation Authority director-general Hamza Johari said.

The Kenyan Government added Tanzania to the list of 147 nations whose citizens are exempted from the 14-day mandatory quarantine upon arrival.

Other countries that have been added to the list include Ghana, Nigeria and Sierra Leone.

Though Kenyan and Tanzania have been falling in and out of love, the latest developments are expected to boost trade which is slightly in favour of Kenya.

EABC has been pushing for a coordinated approach on the resumption of regional air services over the last two months since the partner states started considering reopening their borders.

“With the two countries re-opening their airspaces to each other, we are confident that this will increase demand for travel services, ease movement of people and integrate logistics value chains for exports of goods, open access to a larger market and boost regional tourism,” said Mathuki.

Comparing March-July 2020 to last year in the same period, trade data shows the value of Kenya’s exports to Tanzania decreased by 9.8 per cent while imports decreased by 29.4 per cent.

Kenya opened its skies to international flights on August 1, the same time with Rwanda, almost three months after Tanzania, which lifted the ban in May.

Uganda is scheduled to resume international flights on October 1.

Post a comment
WATCH: The latest videos from the Star
by MARTIN MWITA Business Writer
Kenya
21 September 2020 - 04:00
Read The E-Paper