•Move also aimed at positioning Kenya as a leading logistics hub in Africa. 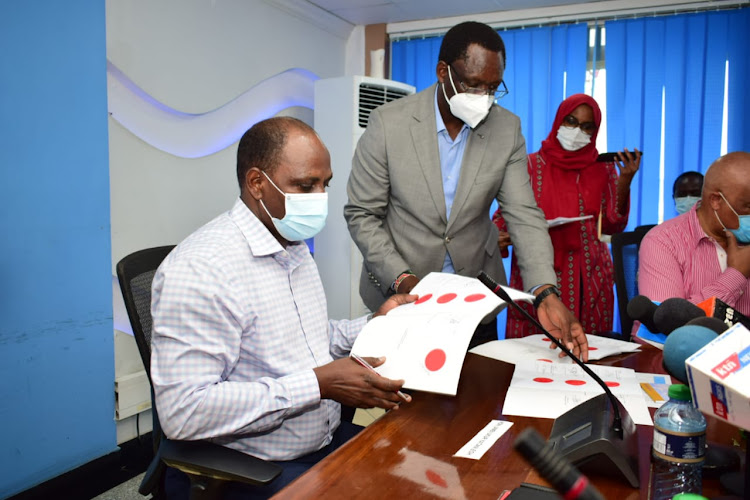 Yatani who yesterday oversaw the signing of a working framework between the three state corporations, at the Port of Mombasa, said the merger will improve efficiency and position Kenya as Africa’s leading logistics hub.

On August 7, President Uhuru Kenyatta established the Kenya Transport and Logistics Network (KTLN) through a Presidential Executive Order No. 5 of 2020 , which created an arrangement for anchoring and integrating the state’s ports, rail, and pipeline services.

The decision has elicited mixed reactions, mainly from the private sector and civil society, who fear a merger could lead to job losses and privatisation of government-owned parastatals.

The Dock Workers Union has threatened to sue over the matter, seeking amendments of relevant laws touching on Government Owned Entities.

“There have been reports that the coast economy will be affected, allow me to emphasise and assure all concerned stakeholders that the creation of this network will not lead to any job losses,” said Yatani.

He said none of the staff employed in these organisations will be affected by the merge while the entities will remain as they are.

The three organisations will now work under the coordination of Industrial and Commercial Development Corporation (ICDC) while reporting to the National Treasury.

Yatani said the agreement is aimed at setting up a collaboration on areas of policy, finances, operation, transactional and decision making for the three entities.

He said reports that the agreement is aimed at bailing out some of the non-performing entities are not true.

“The companies are all liquid and doing very well. In fact, last year, a significant amount of our budget funding came from these entities,” said Yatani.

He said the signing of the Framework Agreement reaffirms President Uhuru Kenyatta’s commitment to reforming the country's economy and more particularly the state corporations.

“Indeed, this is yet another step towards the implementation of the Report of The Presidential Taskforce on Parastatal Reforms that was adopted in 2013,” he said.

A new technical committee will be appointed to lead the operationalisation of the new framework within the next 60 days, according to Yatani.

Ngumi said the reports that the government intends to destroy the economy of Mombasa through the merger of the three entities are not true.

“If you look a year from now, you will see what success looks like. We will be moving towards the direction of creating more jobs and making Kenya a logistics gateway to Africa,” said Ngumi.

He said Kenya is facing stiff competition from Djibout, South Africa and Tanzania.

“We will lose if we do not bring our institutions together. Let us look at the greater goal,” Ngumi said.