•The energy regulator was supposed to procure two multi-million test machines for inspections at the Namanga border in 2017.

•Substandard LPG continues to flow in the country via Tanzania, undercutting importers who follow the due process at the oil terminal in Mombasa. 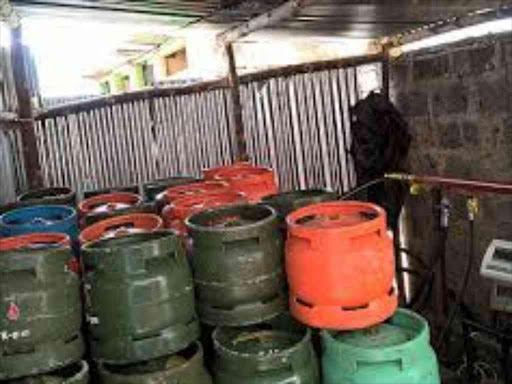 Kenya is yet to install testing equipment for imported cooking gas from neighbouring countries exposing users to danger while denying the Kenya Revenue Authority millions in tax dues.

This, despite the country’s energy regulator announcing plans to procure two test machines — gas chromatography-mass spectroscopy (GCMS) — for the inspections at the Namanga border in 2017.

The  Energy Petroleum Regulatory Authority while banning liquefied Petroleum Gas (LPG) from Tanzania three years ago said it had sanctioned the purchase of the equipment to shield genuine importers from undue competition from illegal operators.

“Purchase of an additional two GCSM machines is necessary in order to ensure that all LPG (liquefied petroleum gas) entering the country through the road border points is sampled and tested,’’ the regulator said.

The two machines, according to the regulator were to cost at least Sh50 million with one going for Sh10.3 million and the other one at Sh41 million.

The government currently has only one functional machine at the Kenya Petroleum Refineries Limited, which is used to test and certify all cooking gas imports through the Mombasa port.

Petroleum principal secretary Andrew Kamau distanced himself from the matter when contacted, saying that EPRA was in the best position to explain.

The regulator said that the two equipment were bought last year  but non has been installed at the Namanga border.

''The two equipment were purchased through funding from the World Bank, installed and commissioned at the Kenya Bureau of Standards (Kebs) laboratories in Nairobi and Mombasa in 2019,'' EPRA said in an email response.

It went on to add that all LPG imports into the country must be accompanied by a certificate of quality as part of import requirement.

''Kebs and EPRA also undertake joint sampling and testing of LPG for surveillance and reassurance. So far, none of the consignments has been reported to be off spec,'' the regulator said.

It however failed to explain why the gadgets were not placed at the Namanga border as intended, opting to place them in Nairobi and Mombasa.

In August last year, the regulator told a local daily that it was  working with Kebs  to install a quality watch facility after tests and piloting were completed the previous month.

“We are also in the final stages of setting up a sampling space at Namanga to enable safe sampling of road tankers entering Kenyan though Namanga,” the immediate former EPRA director general  Pavel Oimeke told the outlet.

This was after cooking gas from Dar es Salaam  were found to contain dangerously high portions of propane in relation to butane.

Substandard LPG continues to flow in the country via Tanzania, undercutting importers who follow the due process at the Port of Mombasa.

A major player in the sector who asked not to be named citing business interests told the Star that highly placed individuals benefiting from the illegal trade are frustrating efforts to install the two machines at the Namanga border.

''Those machines could have saved us a great deal. We are competing with players who are selling low quality and half-filled cylinders at half our prices. Apparently they are well protected by greedy regulators who only care about kickbacks,’’ he said.

LPG suppliers will boycott retailers who continue re-selling their cylinders with other companies’ gas.
Business
1 year ago

He called on EPRA to be honest about its activities at the Namanga border.

Although there is no official data on the number of people who succumb to LGP fire accidents or those who suffer burns, a report by Clean Cooking Alliance in 2018 indicated that there are at least three LPG fire accidents for every 50 users.

The study ranked poor quality of cylinders as the leading cause of those accidents at 60 per cent.

The report warned that more cases are expected as the country moves towards embracing renewable energy.

The government has set a policy goal of 35 per cent of the population using LPG for cooking by 2030.

''The higher the demand, the more unscrupulous dealers will emerge. LPG gas accidents in a ticking bomb,’’ the study said.

Early this year, EPRA said there were about 26 illegal gas-filling plants located in eight counties.

''These plants are the main cause for LPG distributor’s revenue loss. They have seamlessly intertwined itself with the legal supply chain, confusing consumers and undercutting revenue from genuine dealers,’’ the regulator said.

Even so, the Petroleum Institute of East Africa (PIEA) insists that seven out of every 10 cylinders in the market are sourced from illegal fillers – a trend that is causing massive unease in the LPG market.

In 2016, Polycarp Igathe, then PIEA chairperson, estimated that these illegal fillers could be commanding about 80 per cent of the LPG market.

Following the introduction of the revised Energy (Liquefied Petroleum Gas) Regulations of 2009 that saw the mandatory cylinder exchange pool abolished, genuine gas sellers are said to have lost cylinders with the value owed to another said to have ballooned to more than Sh1 billion.

The abolishment was aimed at taming illegal dealers accused of hijacking cylinders and refilling them without investing in manufacturing while undercutting genuine dealers.

In June, EPRA gazetted Liquefied Petroleum Gas (LPG) Regulations, 2019 that introduced new deposit fees for gas containers and removal of the mandatory cylinder exchange pool, which allowed exchange with any brand of gas at the point of purchase.

With the new laws, a consumer with a container branded A cannot have it changed at B or C filling stations, and if so, the marketers have to agree at a fee.

As per the new regulations, the penalties for illegal gas refilling in the country, currently stand at Sh10 million in the fresh drive for safety and to protect oil dealers.