The rate of purchase cost inflation accelerating to a four-month high. 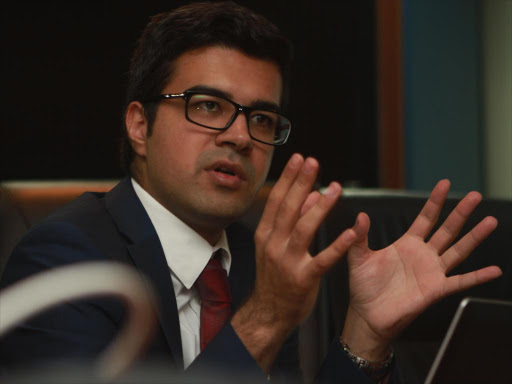 However, the headline Purchasing Managers Index (PMI) dropped slightly to 53 compared to 54.2 reported in July.

''The seasonally adjusted index fell for the first time in four months, however, to signal slower growth compared to July's 23-month high. Nevertheless, the rise in sales was marked,’’ according to Stanbic Bank Kenya’s PMI report .

Stanbic's  head of Africa research Jibran Qureishi, said the growth indicates that the private sector is moderately emerging from the trough in April.

''The employment sub-component index still remains below the 50 levels, largely reflecting firms scaling back on wage costs. Weaker job growth indicates the underlying challenges the road ahead presents, even as business confidence has improved over the past two months,’’ Quresh said.

Employment at private sector firms continued to decrease in August. Moreover, the rate of job shedding quickened for the first time since May, albeit remaining slight overall.

Firms indicated that despite recovering output, they lowered job numbers in order to cut wage costs and strengthen profits.

Readings above 50 signal an improvement in business conditions on the previous month, while readings below that show a deterioration

According to the report, business expectations improved for the first time in six months in August, amid plans for new investment and branches.

New business also remained in expansion mode for the second consecutive month in August. The lifting of lockdown measures across the country reportedly led to improved economic conditions and higher customer turnout.

''Firms reported a sharp upturn in new orders during August, as the easing of coronavirus disease-related restrictions led to rising customer demand,’’ the report said.

Firms also reported that new orders from Europe increased strongly. Similarly, output at Kenyan companies grew for a second consecutive month in August, albeit at a slower rate than in July.

The rise in demand helped businesses to expand and recover some output lost during the lockdown period.

Companies increased their purchasing activity solidly midway through the third quarter, amid efforts to build up stocks as firms anticipate demand will grow further in the coming months.

Purchased items were delivered at a quicker pace, as lead times shortened for the third month running. On the other hand, employment continued to fall in August, reflecting concerns that costs remained too high. The decrease in jobs was slightly faster than in July but only marginal overall.

Backlogs rose at a modest rate. Higher input demand-led suppliers raised their prices during August, with the rate of purchase cost inflation accelerating to a four-month high. Fuel prices also increased at some companies.

With costs rising and demand growing, Kenyan businesses raised their charges for the second successive month in August.

However, the rate of inflation softened from the previous month and was marginal. Exactly seven per cent of respondents increased their selling prices, against three per cent that posted a fall.

Conversely, staff costs fell for the fifth month in a row, albeit at the softest pace in this sequence.

As overall input prices rose, firms passed these on to customers with a slight increase in selling charges.