Taxman says measures in place to flash out fakes 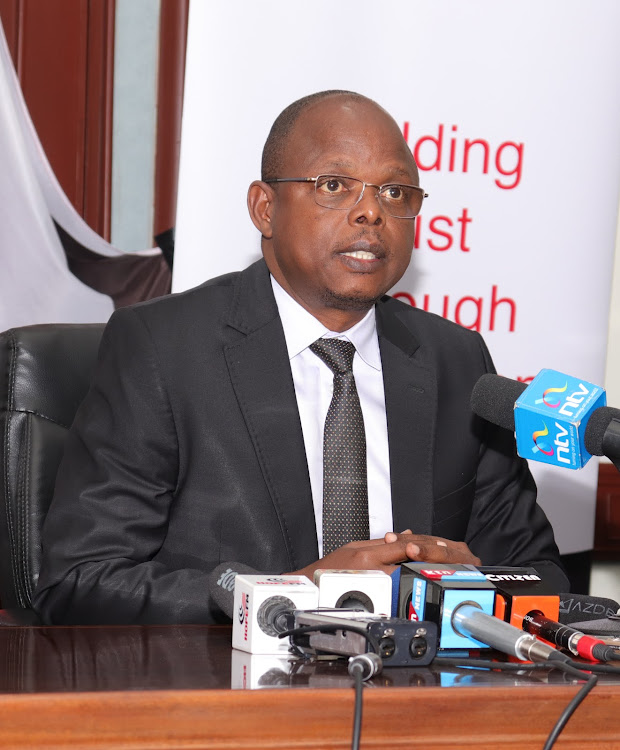 Why did KRA choose to introduce the EGMS?

Basically two major reasons. One, we received a lot of complaints from the market, especially taxpayers who were selling legitimate products, that there were people who were undercutting them in the market. This is by introducing products that were not taxed compliant, undercutting them by selling at much lower prices.

So in order to address this issue, we had to come up with a mechanism that enables us to identify and interdict those products. Number two, illicit trade has an impact on tax revenues.

When people sell products into the market without paying taxes, they undercut our legitimate taxpayers who are declaring and paying all their taxes, now what happens is that when the market shrinks for them, revenue also shrinks for the tax authority.

How would you rate the implementation so far?

The first phase of alcoholic drinks and cigarettes, in 2013, was very successful. We registered significant protection of revenue, increased our tax yield and it became necessary that we implement on the remaining products-bottled water, juices, energy drinks, soda and other non-alcoholic drinks, which came on board on November 13, 2019.

So far, that implementation has borne positive outcome and for the first three months of implementation, revenue grew by an average 11 per cent.

How has implementation been? Any challenges?

We gave ourselves three months to deal with teething problems of the systems and deal with all queries by our stakeholders as we implement, before enforcement.

Unfortunately when the implementation was coming on that is when corona (Covid-19) also set in. So corona had a dual impact on tax.

Number one is that when so many people are laid off, the demand for almost everything in the country went down, and second, it had an impact on our enforcement measures because we had to cut back, had to observe Covid regulations and ensure that staff is not exposed until such a time when we had a better understanding of the virus.

We have now developed new ways of working that enable us to be present in the market. So as we are speaking we are enforcing.

Is KRA aware of fake stamps and non-compliant goods trading in the market?

Yes, we are aware that there are products still out there that either sell without stamps or sale with counterfeiter stamps and we get these using two major ways.

One is feedback from our stakeholders which is mainly manufacturers and importers of legitimate products. Because they have a very strong presence in the market, they easily pick out these products and they tell us.

Number two is we have an intelligence-gathering department in KRA that goes out and tests these products. They provide feedback to the enforcement teams. These are the two major ways we identify that there are products in the market that are selling without being regulated.

Have you identified any line of products?

Yes. For example, illegal sodas mainly from Uganda and Tanzania have been found to sell in the border districts of Kajiado, for those from Tanzania, and Busia, Bungoma and Trans-Nzoia for those that come from Uganda. Water is mainly an internally generated and sold product, we have very little imported in relation to water.

Illegal water mainly sells through unstamped products. The water is selling without a stamp and a few of them have been identified to have fake stamps.

What is KRA doing to curb this?

We do a lot. Remember that our job is to support maximum compliance and protect legitimate businesses from persons who undercut them through tax evasion. We have a whole spectrum of measures that deal with these things. I will break them into two.

The first one is stopping illicit trade at the sources. What we do here is that we target, through intelligence gathering, the sources of the raw material used for the manufacture of illegal products. For each one of them, you get at least two major raw materials.

The main substance that is used to manufacture the product and also the packaging. We then fall back and identify who is purchasing them, where is the raw material coming from, for instance, who is supplying the bottles, the caps, and so on...so this leads us to persons that are either not licensed to manufacture products or persons who are licensed or are under-declaring their products.

For example, if the consumption of the raw material is higher than the output being declared, in proportion, we know that that company is under-declaring, and therefore we set our eyes on them. Number two; dealing with the market- the supply chain.

For this, what we do is we have an enforcement team, and our enforcement is basically to do market surveillance, test the products, identify those that are not legitimate, interdict them and arrest the offenders.

We also carry out investigations and audits, we do this through intelligence. After collecting intelligence on suspicious activities on some of these manufacturers, we are able to put them under investigation and where they are found to have gone against the law, we do not only recover the tax, we also prosecute them.

The other measure is to put illegal producers out of business because ultimately they don't help this country. The law allows us to withdraw licenses of persons that are found to have violated regulations.

How many arrests, closure of companies or prosecutions have you had so far?

In the recent past, using our EGMS system, we were able to identify 177 companies that were illegally producing alcohol, and we shut down all of them. From December 2013 to June 2020, KRA has facilitated 811 arrests and prosecutions related to EGMS cases.

Is there anything KRA does before closing down a company?

As a procedure, we always encourage these people to come forward and make a declaration of their activities and apply for licenses and also pay all the taxes that may have been outstanding up to the time they are licensed. However, where they are found not to be responsive, we end up putting them out of business. For example, when we were introducing this system on water, we gave them an opportunity to come forward, register and comply.

What was the market response?

They were used to putting their products at a cheaper price in the market. When we tell these people to pay, they simply get out of business.

How many have complied with phase II of EGMS?

When we started implementation we had about 250 licensed companies.

To date, we have over 1,000 companies that are compliant. Bottled water we had hardly 200 companies registered, now we have 748 registered manufacturers and 23 importers. Soft drinks, that are juices, sodas and other non-alcoholic beverages, we now have 57 manufactures and 194 importers. If it were not for Covid-19, we would be telling you a very nice story now.

What is KRA doing to support compliance?

One of the major issue was about implementation in factories. They had fears for example on protection of copyright and so on, but we were able to let them appreciate that this was a government and government registered those copyrights, and it is implementing a system which was not intended to read their composition or products but just to identify the products manufactured and the quantities.

We also provided a lot of support for those that did not understand on how to install the system, every factory was visited individually, a technical assessment was done on the requirements for installation for the system and guidelines generated for each line.

To date, we have a dedicated unit that oversees the operations of these factories and the availability of the system. Supporting that is a team of 150 technicians that provide 24-hour support in the event that any system goes down.

All the major manufacturers, have resident technicians who respond to their issues immediately there is a problem and this has enabled minimal interference and impact on the production time. As we are talking, there are no complaints from the industries relating to system availability.

Manufacturers are concerned about cap colours on some products making it difficult to see the stamps. Is KRA addressing this?

Yes, we have heard that problem and what we have done is to change the ink which is able to be identified under fluorescent light. If the mark is not directly visible when you introduce fluorescent light you can still see it because it glows.

How is KRA dealing with fake EGMS stamps coming into the market?

KRA has contracted Swiss firm-SICPA Security Solutions for the production of the stamps. We are always collecting intelligence on who, where and when these fake products are coming. We have done a lot of interceptions on these people, several have been arrested and prosecuted. We are now engaging our international partners to identify places where the fake stamps are being printed so that we can bring those jurisdictions on board and stop the production.

There are concerns that KRA officials are colluding with rogue players, allowing them to sell non-compliant products?

KRA has an elaborate system that identifies officers who engage in illegal relationships. These people are identified and sent home. Others are being prosecuted. We do not condone, as an authority, any officer who engages in these kinds of activities.

How much does KRA stand to benefit from the second phase of EGMS?

Our estimation is gains of between Sh3.5 billion to Sh4 billion in taxes annually.

The system is fully implemented, what we are doing now is compliance monitoring.

Can wholesalers and retailers identify fakes?

Yes. The 'Soma Label' App which helps them tell fake and genuine products.

We also have colour shift that does not require a smartphone or the App. If you hold that stamp to the light and you tilt it, the colour will shift from green to red. Initially, the biggest challenge for retailers was to tell the difference between legitimate and illegitimate products. Today, if any one of them is found with an illicit product, we know that they have admitted it knowing that it is illicit.

How are you dealing with the ever-evolving technology used by rogue players to counterfeit, produce fakes?

We are always upgrading our strategies so that we remain ahead of them. We are always keen to identify their new ways of business even before they think about it. We carry out a risk analysis that helps us identify the gaps that may be utilised or exploited in the future.

What is your message to the industry players and the market?

Our biggest message is that the 'Soma Label App' has been enhanced. Consumers, distributors and retailers now have a much more responsive tool that they can use to identify any illicit product, especially persons who handle products in the supply chain.

They are encouraged to use the app because it is now quicker, and provides immediate results, so there is no more excuse for them to receive, store and sell such kind of illicit products.

We would like to encourage other associations such as the retailers to partner with us in eliminating illicit products. Any citizen or resident of this country is encouraged to use the 'Soma Label App' to report an illegal product that exists in the economy and to even point out at a particular shop or town.

With the government working on a multi-agency approach, we will win this war against illicit trade.

Post a comment
WATCH: The latest videos from the Star
by MARTIN MWITA Business Writer
Kenya
14 August 2020 - 04:00
Read The E-Paper