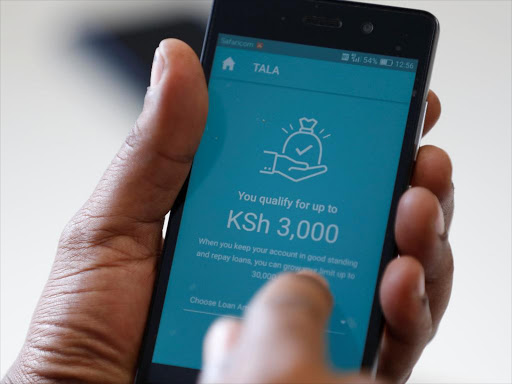 The public has until August 11 to give their views on a proposed regulations that will empower the Central Bank of Kenya (CBK) to oversee  the operations of digital financial service providers.

In a public notice, the National Assembly has asked interested individuals to email views to the clerk.

The Central Bank of Kenya (Amendment) Bill, 2020, seeks to curb the steep digital lending rates that have plunged many borrowers into a debt trap as well as predatory lending.

The proposal was first introduced in parliament in October last year by nominated MP Gideon Keter.

If approved, digital lenders will require approval from the central bank to increase lending rates or launch new products.

A survey on interests charged by some digital lenders in Kenya by the Star last year showed that most of them were charging monthly rates as high as 15 per cent, an Annual Pricing Rate (APR) of 180 per cent.

This is 15 times more than what commercial banks charge for unsecured loans, with the current average standing at 11.95 per cent according to CBK.

In March, Mathare Member of Parliament Antony Oluoch asked the house to probe mobile money lenders claiming that some were exploitative and operating irregularly.

“The Departmental Committee on Finance and National Planning should investigate the operations of all mobile money lending platforms in the country with a view to stopping unregulated money lending and subjecting all non-compliant mobile lenders to applicable money lending regulations,” reads the petition by the MP.

To continue accessing the Google App store platform, the multinational asked apps for personal loans to disclose maximum Annual Percentage Rate (APR), which generally includes the interest rate plus fees and other costs for a year, or similar other rate calculated consistently as provided for by local regulatory framework.

This is after a research firm; Hindenburg highlighted discrepancies in the information contained in the apps’ description online and their actual practices.

''While they require payments in a shorter time-span, the apps list repayment periods that fall within Google’s stipulation online, seemingly to feign compliance,’’ Hindenburg said.

The report also claims the apps charge interest rates much higher than advertised.

The proposed law seeks to expand the role of the central bank to license and regulate the micro-lenders, as well as prescribes capital requirements and is due for publishing by the end of the year

Proponents of the proposed law argue that considering mobile lenders are not recognized as financial institutions under regulation and supervision by CBK under the Banking Act, they operate bereft of regulation, including tax obligations.

They say that due to lack of proper regulation, payday lenders infringe on clients’ right to privacy by accessing customers’ contacts to call friends and family about the borrowers’ debt status

Central Bank of Kenya (CBK) governor Patrick Njoroge has been the fiercest critic of digital lenders, saying they are worse than village shylocks.

"At least shylocks hide. These platforms shout about themselves openly while impoverishing Kenyans," Njoroge told the Parliamentary Committee on Communications, Information and Innovation in August last year.

According to Financial Sector Deepening (FSD), there are more than 50 mobile loan services operating in Kenya and most of them operate without any formal supervision.

Last year, the Digital Lenders Association of Kenya  (DLAK) developed a code of conduct in a bid to bring sanity in the sector and self-regulate in the absence of clear rules.