Kenya borrowed Sh213 billion in April and May 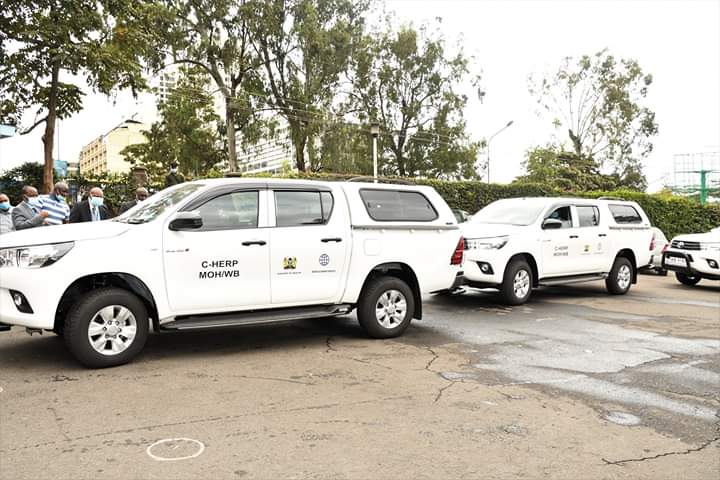 According to the CBK Weekly bulletin, the country’s debt has grown by almost a trillion in the past year, from Sh5.7 trillion in March 2019.

External loans dominate the  debt profile, rising by Sh180 billion within the month under review to hit Sh3.49 trillion from Sh3.31 trillion in April.

A huge chunk of the external loans received was meant to cushion the country from adverse effects of coronavirus on the economy.

In mid-May, the country received Sh106 billion from the World Bank, a week after the International Monetary Fund (IMF) disbursed the Sh79 billion facility to help Kenya fight the effects of Covid-19.

The loan was priced at 1.35 to two per cent with a five-year grace period. The repayment period is 30 years.

Domestic debt on the other hand rose to Sh3.15 billion in May from Sh3.11 billion the previous month. There has been a high demand for government securities since March, with both Treasury Bills and bonds oversubscribed.

The National Treasury has been floating at least Sh60 billion bonds every month since January, either for budgetary support or infrastructure.

Kenya’s growing debt appetite has concerned international institutions including IMF and World Bank, with most of the critics worried about the country’s ability to repay.

In May, the IMF raised Kenya’s risk of debt distress to high from moderate due to the impact of the coronavirus crisis.

“The risk of debt distress has moved to high from moderate due to the impact of the global Covid-19 crisis which exacerbated existing vulnerabilities,” the fund said.

This followed another downgrade by Moody’s Investors Service who revised the outlook on Kenya’s rating to negative from stable, citing the country’s rising risks to meet its borrowing requirements and debt payments.

The agency affirmed the B2 rating due to the country’s diversified economy “with high growth potential and quite deep domestic financial markets".

Last month, Fitch Rating revised the outlook on Kenya's Long-Term Foreign-Currency Issuer Default Rating (IDR) to Negative from Stable and affirmed the IDR at 'B+'.

The country’s debt crisis has been deteriorating since President Uhuru Kenyatta came to power in 2013, with the debt to gross domestic product (GDP) rising from 38.9 per cent to current 67 per cent amid low revenue collection.

In November last year, the Senate gave the government the green light to raise the debt ceiling to Sh9 trillion by 2023, plunging the country deeper into debt.

This means the country has less than Sh2.5 trillion to borrow in the next 36 months to potentially exhaust limit.