Genetically modified varieties should not be approved in Kenya-lobbyists 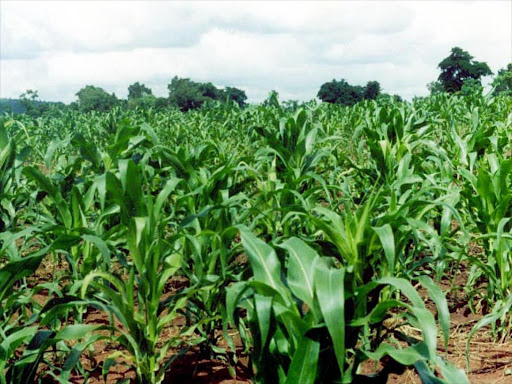 An umbrella of organizations are opposed to the opinion that genetically modified varieties should be approved in Kenya.

This after the National Biosafety Authority  announced to the public the receipt of an application for consideration for a possible environmental release and placing on the market of genetically modified cassava that is resistant to Cassava Brown Streak Disease (CBSD).

The organizations which include Biodiversity and Biosafety Association of Kenya (BIBA Kenya), Participatory Ecological Land Use Management (PELUM Kenya), Kenya Organic Agriculture Network (KOAN) among others are perturbed by this as cassava is an essential food security crop in the country.

“Interfering with the DNA of a crop that poorly resourced Kenyans have for food and nutritional security as well as resilience disenfranchises the very people it is meant to help,” the organization said in a statement.

The association added that the issue of gene flow and contamination to farmers’ varieties especially from GM to non-GM crops is a key issue that needs to be considered as farmers have traditionally exchanged seed through local markets and farmer managed seed systems and varieties will become mixed.

Considering this is an application for general release of a staple crop in the country, such information would ensure a precautionary approach as prescribed by the Cartagena Protocol on Biosafety.

"As organizations advocating for food safety, environmental conservation, farmers and consumer rights, we are concerned that despite the current legislative genetically modified organisms ban on imports in 2012 and Kenyans aversion to this technology, there are still attempts to introduce GMOs in the country," the statement read.

The organizations recommend Kenyans to resist the inclusion of genetically engineered foods in their diets and demand that a 10-year moratorium on GMOs is put in place in Kenya.

They also urged regulatory agencies led by National Biosafety Authority not to approve the application for environmental release  and placing on the market of virus resistant genetically modified cassava Event 4046 in Kenya.

Post a comment
WATCH: The latest videos from the Star
by SUSAN NYAWIRA Business Reporter and Journalist
Kenya
03 July 2020 - 10:00
Read The E-Paper