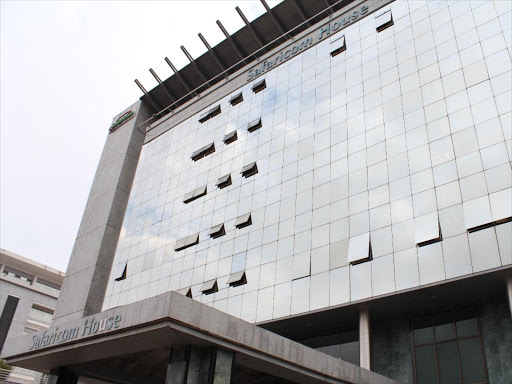 According to the latest statistics from the Communication Authority of Kenya, the firms's market share in mobile subscriptions stood at 64.8 per cent recording a 0.3 percentage points decline.

Safaricom's home fibre popularity is however on the rise among Kenyans accounting for 33.1 per cent of the market share with 165,810 subscribers.

Wananchi Group Kenya however, is still leading with 35 per cent market share with 175,433  internet subscribers.

In terms of market shares for mobile money subscriptions, M-Pesa retained the highest market share of 98.8 per cent, whereas Airtel Money and T-Kash recorded market shares of 1.1 and 0.05 percent respectively.

Similarly, off net and mobile to fixed traffic increased by 1.4 per cent and 7.6 percent to post 1.7 billion and 15.8 million minutes respectively.

The high on-net traffic per call is attributed to the fact that operators offer lower calling rates within their network as compared to across other networks.

International traffic within EAC member countries has continued to decline over time, owing to implementation of the regional One Network Area initiative, since 2014 that resulted in lowering of roaming voice charges within ONA member countries.

Consumers from Kenya, Uganda, Rwanda and South Sudan prefer to roam while visiting either of the countries rather than buying new SIM Cards to make international calls because of the fair calling rates within the One Network Area region.

During the period under review, internet subscriptions dropped by 0.7 per cent to stand at 39.3 million from 39.6 million subscriptions reported in quarter two.

This is mainly attributed to the decline in the number of mobile subscriptions posted by Telkom Kenya Limited during the quarter as a result of measures taken by the company to scale down on investments in anticipation of the proposed Airtel-Telkom merger although this has since changed.

Mobile data subscriptions for Safaricom PLC also declined during the period under review following stiff competition from other operators such as Airtel Networks Limited that reviewed their Vuka Pay as You Go tariff for mobile data from Sh4/MB to Sh2.3/MB during the reference period.

The number of registered domains dropped from 91,940 reported during the previous quarter to 91,603 domains during the period under review.

"The drop is attributed to the closure of businesses and other non-governmental institutions in the country,"CAK said in the statement.