According to Akello, locals cannot afford to buy at the price we used to sell at and so we are left with options of selling at a throw-away price or leaving them to rot. 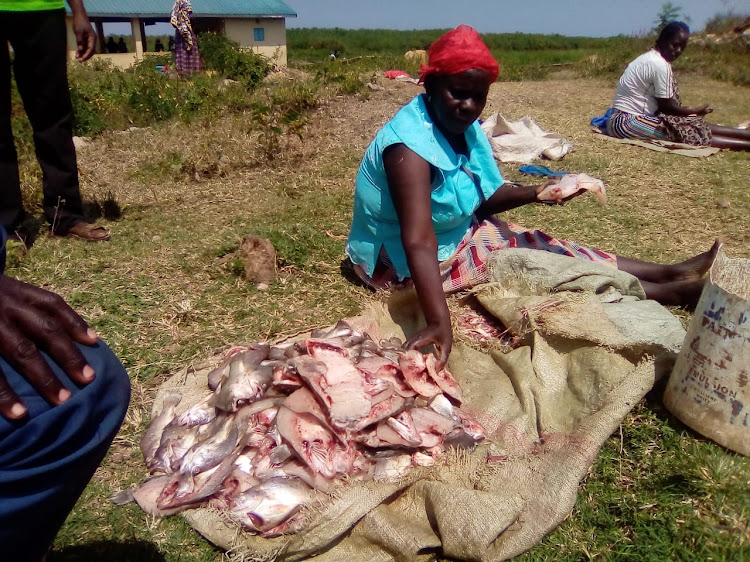 Fishermen in Sio Port in Busia County are among the worst Kenyans affected by the economic impact of the coronavirus crisis.

The fishermen who conduct their trade along the shores of Lake Victoria and sell their fish in major towns including Nairobi say their trade hit a nosedive as soon as the government put travel restrictions in and out of Nairobi.

With a lack of access to cold storage, only less than 30 per cent of their catch is being sold with the rest going to waste.

"Given the restrictions of movement in and out of Nairobi, these as well as other types of markets have ceased to exist and just like other Kenyans, fishermen in Busia have been affected, said Festus Okoch, chairman of Sio Port Beach.

He said sales from the local market could not sustain their expenses and they are forced to make losses.

“We cannot depend on the local market. Our main market was in Nairobi and prices had been set by the Nairobi market," Lilian Akello, a fishmonger said.

She added that locals cannot afford to buy at the price we used to sell at and so we are left with options of selling at a throw-away price or leaving them to rot.

Musa Hassan who has been a fisherman for 12 years said that the dusk to dawn curfew imposed to curb the spread of the virus has also affected them as they are now forced to fish during the day.

"During the day, fish dive down deep to find cooler waters but at night the water temperature drops and they become more active and thus easy to catch them," he said.

Since the curfew was enacted,  Musa says they have been forced to fish during the day where it’s a nightmare to get a good catch. With this, we have seen a number of fishermen downing their tools because it was becoming a nightmare for them.”

“We have a triple tragedy: one we don’t have markets, we can’t fish at night and again we are not allowed to fish past a certain place,''

Besides, they have seen a number of our fishermen killed because of crossing into Uganda and we can’t allow that to happen and so we try to see what we can get within our borders, this is like hell for us, it is like the end of times,” Okoch said.