•Of all listed lenders, only Cooperative Bank reported a decrease in bad loan book of less than 11 per cent.

•Bank managers fear for the worst in Q2 results as effects of coronavirus check-in. 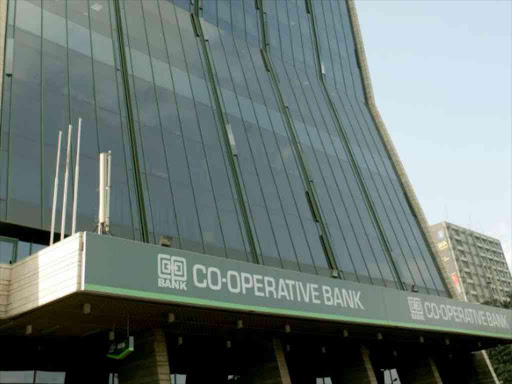 The high non- performing loans witnessed by local banks in the first three months of the year have seen them shift focus back to government securities in a bid to minimize liabilities.

Of all listed lenders, only Cooperative Bank reported a decrease in bad loan book of less than 11 per cent, an aspect that saw its future stock yield rise.

Its outlook ranking also improved to position two during the quarter.

"Coop Bank’s ranking improved to position two from three in 2019 mainly due to an improvement in the Gross NPL ratio to 10.8 per cent in Q1’2020 from 11.2 per cent,in turn, improving its franchise value score,’’ Cytonn report reads in part.

The credit that was unpaid for more than 90 days – jumped to Sh366.8 billion in April, a whopping Sh11 billion increase.

Bank managers fear for the worst in Q2 results as effects of coronavirus check-in.

To insulate themselves from lending uncertainties, lenders are trooping to more secure government securities, oversubscribing bills and bonds.

According to the latest CBK bulletin, the Treasury bills auction of June 18 received bids worth Sh45.2 billion against an advertised amount of Sh24 billion, representing a performance of 188.4 per cent.

The reopened five-year and 10-year  bonds offered at the auction of June 17 received bids totaling Sh105.1 billion against an advertised amount of Sh40 billion, representing a performance of 262.8 per cent.

Turnover of bonds traded in the domestic secondary market increased by 14.2 per cent during the week.

Even so, interest rates both on bills and bonds decreased compared to previous issues of similar instruments.

Experts are worried that the shift from personal lending to government securities is likely to further hurt the economy that is already reeling from other effects of coronavirus.

"We are likely to see a drop in private-sector lending, crushing social-economic activities. We saw a similar trend during the interest cap regime. Banks are no longer lending people,’’ David Osore, investment and an economic analyst said.

This saw listed lenders record a 7.4 per cent decline in core earnings per share compared to 12.2 per cent growth similar period in 2019.

According to the firm, banking stocks have shed between 13.1 per cent and 39.5 per cent year to date, and the trend is likely to continue in the second quarter.

Cytonn analysts issued a ‘buy’ status on most banking stocks, predicting high future returns of up to 45 per cent with an upside potential of up to 153.9 per cent.

“Investors should take advantage of the lower prices to purchase value stocks that are currently trading below their fair values for higher return in future,’’ Cytonn said in the report.

Post a comment
WATCH: The latest videos from the Star
by VICTOR AMADALA Business Writer
Kenya
22 June 2020 - 04:00
Read The E-Paper