75% of small, medium businesses at risk of collapsing by June - CBK

• During a post-MPC briefing on Thursday, he said there is an urgent need to cushion them as they contribute hugely to the country's employment and GDP.

• Diaspora remittances are expected to drop 12 per cent this year on coronavirus effects. 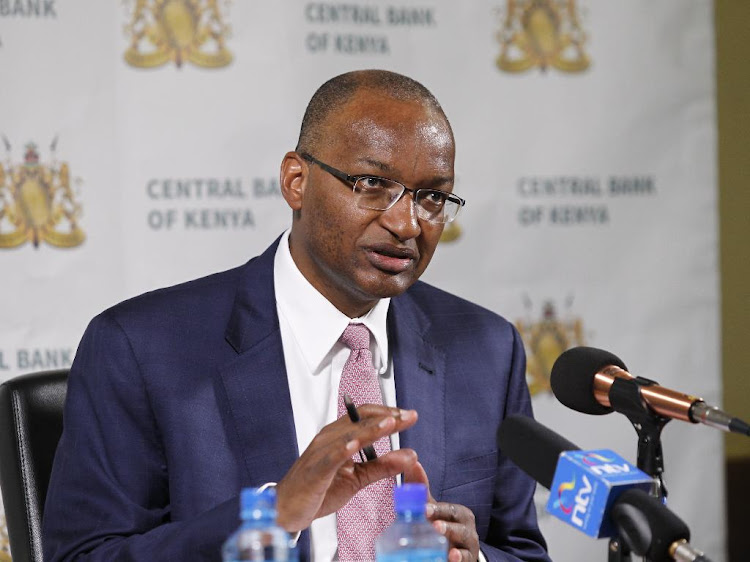 At least 75 per cent of SMEs are facing closure by end of June due to lack of funds, CBK governor Patrick Njoroge has said.

During a post-MPC briefing on Thursday, he said there is an urgent need to cushion them as they contribute hugely to the country's employment and GDP.

Meanwhile, diaspora remittances are expected to drop 12 per cent this year on coronavirus effects.

Remittances are the leading foreign exchange earner for Kenya.

On Wednesday, the Monetary Policy Committee retained the base lending rate at seven per cent in its latest review.

Njoroge, who heads the committee, said measures adopted in March and April to cushion the economy from the Covid-19 effects were having the intended effect.

Growth is expected to worsen in the second quarter of the year (April-June), with the imposition of more stringent travel and transport containment measures, particularly in transport and storage, trade, and accommodation and restaurants.

Overall, inflation is expected to remain within the target range in the near term.

“This is supported by the improving food supply due to favourable weather conditions, lower international oil prices, the impact of the reduction of VAT and muted demand pressures,” Njoroge said.

The CBK foreign exchange reserves, which currently stand at $8.3 billion (5.02 months of import cover) continue to provide adequate cover and a buffer against short-term shocks in the foreign exchange market, the committee said.

On Wednesday, the committee backed the Economic Stimulus Programme announced by government to cushion vulnerable citizens and businesses from the adverse effects of the pandemic and enhance economic activities.

The measures are expected to be implemented expeditiously in 2020-21 financial year and will focus on key sectors including agriculture and food security, tourism, manufacturing, education , health , ICT and MSMEs.

He said the committee will continue to closely monitor the impact of the policy measures so far as well as developments in the global and domestic economy and stands ready to take additional measures as necessary.

In April, the MPC lowered the CBR from 7.25 per cent in light of the continuing adverse economic outlook.

Post a comment
WATCH: The latest videos from the Star
by VICTOR AMADALA Business Writer
Kenya
28 May 2020 - 12:11
Read The E-Paper