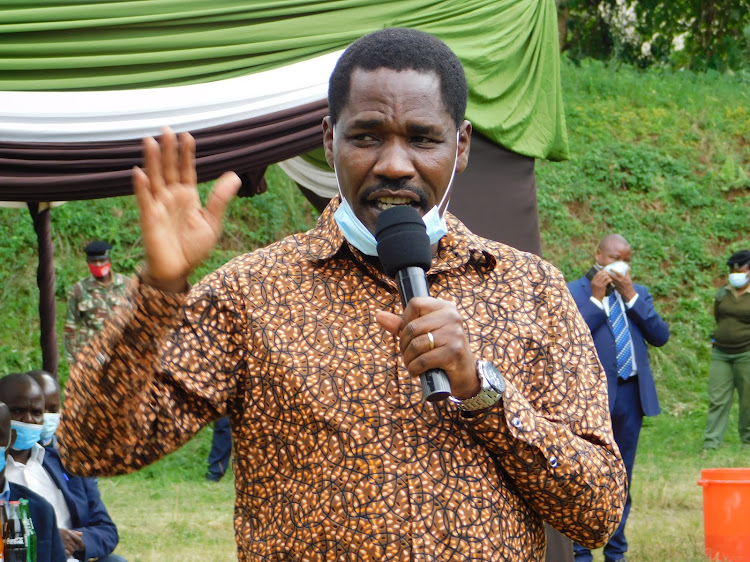 Agriculture reforms are to increase farmer’s earnings, lower costs of production and revive sectors monopolized and controlled by cartels including tea, coffee and milk.

He said the New New Kenya Planters’ Cooperative Union (KPCU) will wind off fraudsters and intermediaries who stole from farmers by altering and adjusting the weighing machines adding the government will install new digital weighing machines to avoid such losses.

He said so much coffee went into waste due to poor coffee drying beds in the factories.

According to him, the Sh1 to Sh5billion World Bank funds for coffee revitalization programme implemented in eight counties including Meru, Tharaka Nithi, Murang’a, Nyeri, Kirinyaga, Embu, Kiambu and Machakos is aimed to increase production.

He told farmers to purchase chemicals and subsidized fertilizer at the national trading corporation.

Farmers who deliver their produce at new KPCU will be given forms to fill so that they benefit from the funds at three per cent interest rate,'' Munya said.

He appealed to Governor Kiraitu Murungi to chip in by allocating some more funds to the milling plant like his Tharaka Nithi counterpart Muthomi Njuki who has allocated Sh100million.

Distancing himself from the blame of disobeying the alleged court order in evicting the former occupants the Meru Coffee Millers Cooperative Union, Munya said the old KPCU had been liquidated and handed over to the new KPCU.

"No one will be forced to sell their coffee at New KPCU. We have done this in other millers like Dandora and Sagama why do have dissenting voices in Meru," Munya said.