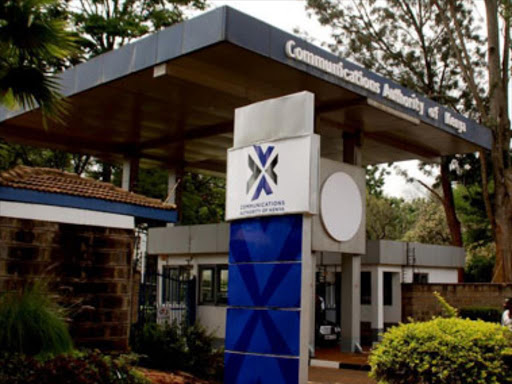 A file photo of the Communications Authority's Nairobi offices.

The Communications Authority of Kenya (CA) has intensified search for a new director-general, almost a year after Francis Wangusi's term expired in August last year.

In a public advertisement placed in a local daily Friday, the communications body invited candidates to send their applications before June 9.

The substantial replacement of Wangusi will end months of dramatic change of guard at CA that once saw Wangusi bundled out of office before the court reinstated him, saying the board was not well constituted to effect his exit.

The board hurriedly appointed the current the director of legal services Mercy Wanjau in the acting capacity.

“This advertisement supersedes all previous advertisements relating to the vacancy, applicants who had applied for the position previously and are still interested should re-apply,” the CA said.

Mercy Wanjau has been holding the position in an acting capacity.

Before her appointment, Wanjau was the Director of Legal services at the Authority. She also served as the Board Secretary.

Wangusi protested Wanjau’s appointment and vowed not to handover to her claiming she was a junior officer in a dispute that was later filed in court.