•According to the Knight Frank’s Wealth Report 2020, two thirds of the wealth managers in Kenya reported that their clients increased their private equity investments in 2019.

•Healthcare and retirement property are the main areas of interest for commercial real estate investment in 2020 by  Kenya's creme de la creme. 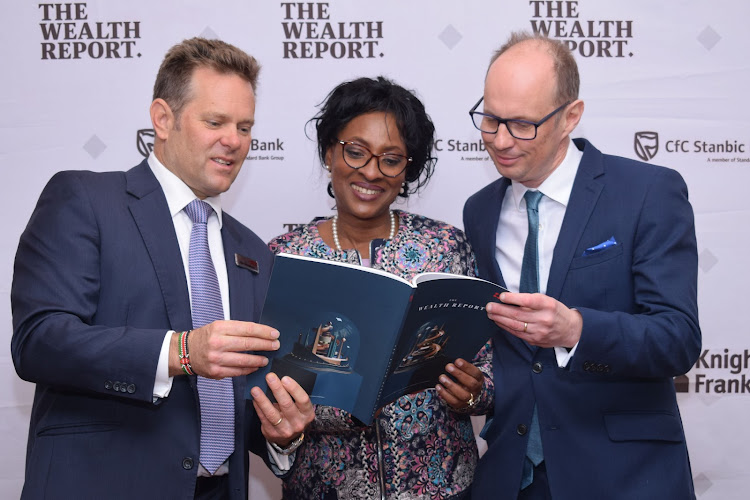 Kenya has the fastest growth of individuals worth a $1 million (Sh100 million ) in the world, with majority investing in property, Knight Frank's 2020 Wealth Report shows.

According to the report released yesterday, the number of a dollar millionaires in the country has grown 263 per cent since 2014, hitting 2,900. They are expected to rise to 3369 by 2024.

The number of billionaires worth over $30 million (Sh3 billion) in the country which currently sits at 42 is on other hand expected to grow to 48 in the next five years.

South Africa is leading the continent with 1,033 such individuals followed by Nigeria 724 and Morocco 215.

This clique of wealthy individuals are no longer interested in growing their fortunes but  instead enjoy collecting works of art at their high end homes.

''Two-thirds of the wealthy investors had reduced their holdings of now volatile cryptocurrencies, holding their investments broadly static in property and collectibles, such as works of art,'' the report indicates.

Healthcare and retirement property are the main areas of interest for commercial real estate investment in 2020 by  Kenya's creme de la creme.

At least 27 per cent of wealth managers said their clients were planning to invest in commercial property in 2020.

The segment has become luring as Kenya’s population over-55 now passes 3.5 million people.

The wealthy also indicated an exceptional rise in interest in action on climate change.

According to Woodhams, the wealthy are most worried about the impact of global economic uncertainty, followed by poor governance, and Brexit.

“The survey points a sharp rise in social and environmental awareness by the country’s wealthy as reflected in their investment strategies and behaviours,”  Woodhams said.

He added that the shift coincided with a general move in investments towards lower risk holdings, with Kenya’s wealthy increasing their holdings of bonds, gold and cash.

According to the report, two thirds of the wealth managers in Kenya reported that their clients increased their private equity investments in 2019.

This jump in investment to support the growth of Kenya’s innovative young businesses came as more than two-thirds of the country’s wealthy also reported an increase in their interest in philanthropic activities, and in ethical investments.

Managers reported the wealthy were most worried about the impact of global economic uncertainty, followed by poor governance.

The managers also reported the heightened interest of the wealthy in supporting education, the arts, and the environment.

The surge in philanthropic interest by Kenya’s wealthy marked a stronger rise than in South Africa but ties with a growing trend across Africa’s super rich ‘giving back’ by driving development and improved welfare in their own nations.

Retirement villages have been a rising asset class globally.

Conversely, the real estate segment drawing the slowest growth in individual interest is industrial property, which was recently the golden child of the sector.

The sector has drawn a series of large new investors in the last three years, which may account for the relatively subdued interest.

Wealth investors also have a renewed appetite for real estate in 2020 due to the surging interest in student housing, as Kenya’s first green bond was launched to fund student housing.

Post a comment
WATCH: The latest videos from the Star
by SUSAN NYAWIRA Business Reporter and Journalist
Kenya
05 March 2020 - 09:00
Read The E-Paper