TJN SAID the establishment of the Nairobi International Financial Centre (NIFC) is likely to deepen the country's secrecy status. 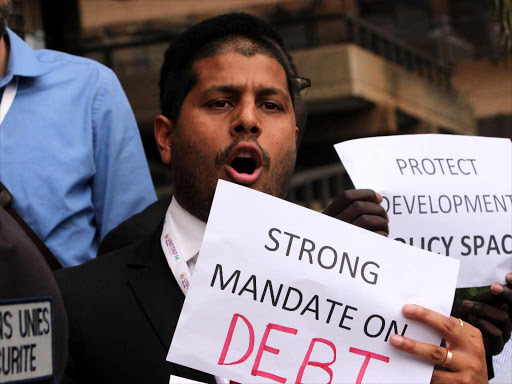 Kenya's financial sector is the among most secretive globally, according to a new report  by Tax Justice Network.

The sector has been ranked the second most rigid in Africa after Algeria and among the top 30 in the world in the latest Financial Secrecy Index of 2020.

The annual index by Tax Justice Network (TJN) has scored Kenya's secrecy rate at 76 per cent, meaning the country is a fertile market to stash ill-gotten private financial wealth and other illicit financial flows (IFFs).

Kenya's rate is above 75 per cent, meaning it is exceptionally secretive.

''Although the country’s share of the offshore world is not large, it has increased since 2018 and it may be set to increase further as the government positions Nairobi as the latest African International Financial Centre,'' TJN said.

Although Kenya's Financial Secrecy Index (FSI) just like the global one has dropped slightly from 80 per cent in 2018, it's ranking globally has gone up worsened to position 23 from 27.

The tax transparency lobby group said the establishment of the Nairobi International Financial Centre (NIFC) is likely to deepen the country's secrecy status.

Although the country's anti-money laundering laws adequately define beneficial ownership, minor shortcomings in the requirements of legal entities to maintain information on all-natural persons who exercise ownership or control of the legal entity were identified.

Algeria is leading the continent in financial secrecy with a score of 80 per cent. Other countries mentioned in the lobby's report include Nigeria, Angola, Egypt and Mauritius.

Globally, the Cayman Islands, USA, Switzerland, Hong Kong, and Singapore took the first five positions in secrecy rating with ratings above 80 per cent.

The report said the world’s most important providers of financial secrecy harbouring looted assets are mostly not small, palm-fringed islands as many suppose, but some of the world’s biggest and wealthiest countries.

According to the report, $21 to $32 trillion of private financial wealth is located, untaxed or lightly taxed, in secrecy jurisdictions around the world.

Illicit cross-border financial flows have been estimated at $1 to $1.6 trillion per year, dwarfing the $135 billion per year or so in global foreign aid.

According to the report, African countries alone have lost over $1 trillion (Sh100 trillion) capital flight, while combined external debts are less than $200 billion.

''Africa is a major net creditor to the world – but its assets are in the hands of a wealthy elite, protected by offshore secrecy; while its debts are shouldered by broad African populations,'' the report said.

Even so, the Financial Secrecy Index 2020 shows that the biggest reforms have been in the automatic exchange of information and beneficial ownership registration, whereas reforms in the country by country reporting have been weak.

''These three areas of reform, also known as the “ABCs” of tax justice, have gained the most attention from campaigners, tax experts, and policymakers in recent years,'' TJN said.

Post a comment
WATCH: The latest videos from the Star
by VICTOR AMADALA Business Writer
Kenya
25 February 2020 - 04:00
Read The E-Paper