22 wagons loaded with 894,000 litres of diesel sailed off from the Kisumu Port on December 21.

•The country in December exported the first rail consignment of fuel to Uganda in over 25 years.

•The latest development is a shot in the arm for the government’s plans to create an integrated water transport system within Lake Victoria. 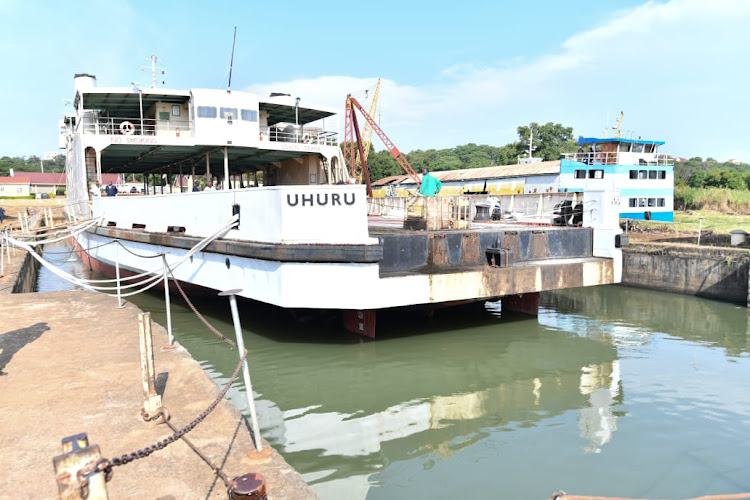 The refurbished Kisumu port has resumed oil exports to Uganda with the first consignment of  22 wagons loaded with 894,000 litres of diesel last December.

The  multi-billion investment in the port, jetty and rail facilities in Kisumu has started paying-off with the off-take of petroleum exports to the hinterland.

It also signals the resumption of bulk exports through Lake Victoria. This has been dormant for more than two decades.

On average Uganda imports 85 million litres of fuel with demand growing at 7 percent per annum.

The majority of the petroleum products, 92 per cent, is imported through the Mombasa port in Kenya, while only eight per cent arrives via Dar es Salaam on the Tanzanian coast.

“We loaded the product at our Kisumu depot before it was taken by rail and loaded into the vessel (MV Uhuru) for shipment to Uganda,” Kenya Pipeline Company Kisumu depot manager James Kimaiyos told the Star in a phone interview.

The latest development is a shot in the arm for the government’s plans to create an integrated water transport system within the lake, where Kenya Ports Authority (KPA), and Kenya Railways are key players.

The government has refurbished Kisumu Port at a cost of Sh700 million, a key facility along Lake Victoria which also has Mwanza, Musoma and Bukoba port facilities(Tanzania) and Uganda’s Entebbe, Port Bell and Jinja.

A well coordinated water transport is expected to support bulk exportation of fuel which will reduce heavy traffic on the roads where tankers are predominantly used to move fuel into Uganda.

This will increase volumes and reduce road carnage. KPC has two major facilities in the Western region–the Eldoret depot and Kisumu depot with storage capacities of 48 million litres and 45 million litres respectively.

“As KPC , we have a plan working closely with Kenya Railways to support fuel exports through the lake,”  Kimaiyo said.

KPC is now counting on the port and the Sh1.7 billion Kisumu Oil Jetty (KOJ) to increase it exports to the lead market , where it has in recent times lost about 20 per cent of its business to Tanzania which exports through the Central Corridor.

“Seventy per cent of our exports go to Uganda. We are keen to maintain that market and even grow it further not only for Uganda but the entire region,” Fridah Kirui, senior customer relations officer– Eldoret Depot told journalists during a visit of the facility last year.

Kisumu Port has been under utilized for over 20 years. Plans are underway to dredge the port area and a further 80-metre wide and 63-kilometre long canal between Kisumu and Mbita.

The port will be a game changer for cargo heading to the landlocked countries especially Uganda, which  remains  the predominant transit destination through the Port of Mombasa, with an average annual transit traffic of 7.8 million tonnes.

The country accounts for about 82 per cent of transit cargo to the hinterland through the Port of Mombasa.

Wth the Kisumu Port becoming operational, it will take off a sizable amount of cargo from the roads after being ferried to Kisumu by road from both the Nairobi Inland Container Deport and Mombasa.

According to KPA managing director Daniel Manduku, works have been completed and the facility is ready to start handling cargo, with a main focus on shipments to the hinterlands.

Post a comment
WATCH: The latest videos from the Star
by MARTIN MWITA Business Writer
Kenya
07 January 2020 - 04:00
Read The E-Paper