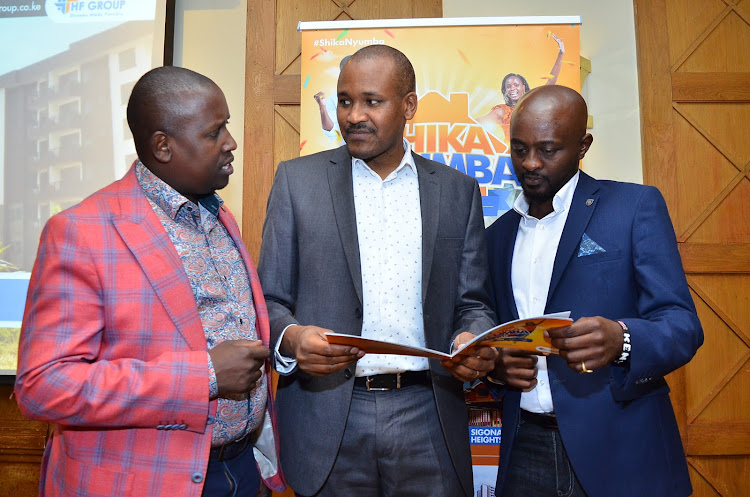 The case where the Appellate Court awarded  HF Group borrower Sh1.2 billion over an auctioned property valued at Sh20 million is now headed to Supreme Court this week.

This after the lender filed a notice of intent yesterday.

The apex court will hear an appeal brought by HF Group against a long-running dispute over a Runda property belonging to Firoz Hirji, which he had charged to HF Group to secure a banking facility.

On default, the bank sold the property by public auction in 2000 for Sh6 million and credited Hirji’s account with Sh5 million after deducting what was due to the bank and the auction-related expenses.

This had the effect of increasing the amount initially payable over tenfold, from Sh90 million to over Sh1 billion.

The bank appealed the judgment claiming that at the very least the Sh5 million refunded should have been deducted from the amount awarded and also that the interest rate should have been at a court rate of 12 per cent from 2003 when the case was filed.

‘’ What is the cause of concern for the bank is whether this compounding of interest was meant to punish the bank considering that the property’s value could not have appreciated in value from Sh20 million to over Sh1 billion even by today’s value,’’ HF Group CEO Robert Kibaara said.

He added that by any stretch of the imagination, the judgment is harsh, unconscionable and oppressive.

‘’It also amounts to unjust enrichment and therefore against public policy, which is why we are going to the Supreme Court,’’ Kibaara said.

The bank argues that the ruling by the Appellate Court sets dangerous precedence where courts will have been given a blank cheque to award unconscionable and punitive interest rates against financial institutions and thereby cripple them, with wide-ranging ramifications on Kenya’s economy.

The compounding of the interest post-judgment is what the Supreme Court will be required to resolve.