Although yield in the equity market are shrinking, investors are choosing the lesser devil, considering uncertainties in the global stocks market 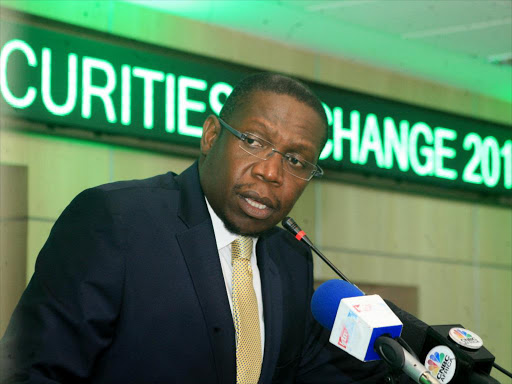 Investors at the Nairobi Securities Exchange lost Sh90 billion in the first half of this year due to poor performance.

Their only relief is that the loss is in paper wealth which is measured by monetary value, as reflected in the price of assets or how much money one's assets could be sold for.

All three indices at NSE dropped during the period under review, with the benchmark index NSE-20 hitting a 10- year low, trading below 2,600 points starting end of June. Yesterday, the index was captured at 2,501 points.

Odundo explained that a shift in global economic positioning — especially the better returns as a result of rising interests in the US market — has seen foreign investors leave frontier markets such as Kenya where they have been sitting since the 2008 global financial crisis.

‘’Most counters are trading at a near original price, providing fertile environment for new buyers. Reduced prices and a drop in shares traded however pushed down the market capitalisation,’’ Odundo explained.

The plummeting of share prices has seen almost 20 counters trade below Sh5 shillings. The slowdown has not spared top five counters that account for 65 per cent of trading value at NSE including Safaricom , East Africa Breweries Limited, Equity Bank, KCB and BAT.

Safaricom for instance has dropped from an all-time peak of Sh33 in April last year to current Sh29.45. Share prices for EABL, KCB and Equity have dropped

While the stock market is experiencing poor performance, the fixed market on other hand is booming.

The NSE results shows that there is increased appetite in the bond market with a year to date growth of Sh358 billion during the first six months of the year compared to Sh310 billion same period last year.

A capital market analyst Jerry Oganga told the Star that although yield in the equity market are shrinking, investors are choosing the lesser devil, considering uncertainties in the global stocks market.

‘’There is always a slowdown in the stock market every after five years. Investors should expect the cycle to persist for next two years. Their money is safe in securities,’’Oganga said.

Meanwhile, NSE is counting on new products and improved technology to boost performance.

It is for instance expected to become the second bourse in Africa to adopt Automated Trading System (ATS) after Johannesburg Stock Exchange. This is to contain constant delays in settlements.

It is also banking on the Ibuka accelerator programme to end listing dry spell with plans to bring on board a number of new players before end of the year.