• Importers can now pay deposit of 20 per cent, receive goods from suppliers and pay the balance within 90 days. 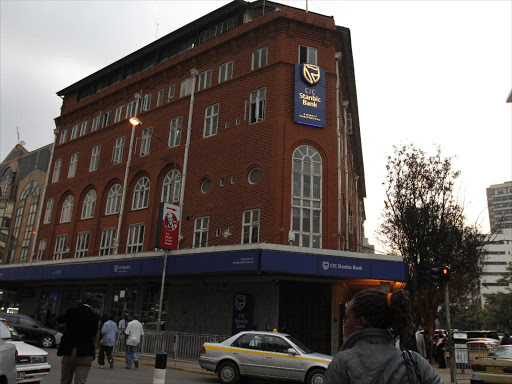 Dubbed Africa China Agent Proposition (ACAP), the initiative provides access to over 100,000 Chinese suppliers and eases the cash flow of importers by providing financial support whilst empowering importers with insight and control of the entire importing and logistics process.

The pact will see the the two lenders guarantee both suppliers and importers for goods partially paid.

Importers can now pay deposit of 20 per cent, receive goods from suppliers and pay the balance within 90 days.

Speaking during the launch in Nairobi, Standard Bank Group’s head of Africa China Integration, Manessah Alagbaoso said currently, African importers order from only a handful of trusted Chinese suppliers – limiting their negotiating power while stacking the terms of trade against them.

‘’The alternative online ordering places the burden of risk with regards to quality and delivery on them, while travelling to China exposes them to hurdles such as language and cultural barriers when negotiating supplier agreements in China,’’ Alagbaoso said.

Besides financial support, the two lenders have nominated Guomao, a Chinese trade agent with an experience of over 20 years to assist African importers trade seamlessly with China.

The two banks are also announced plans to unveil export preposition in September to create market for African produced goods and services in China.

Our mission is to support trade. We are alive to a huge trade balance between China and Africa. The export preposition to be launched in coming months is aimed at addressing the gap,’’ Alagbaoso said.

Post a comment
WATCH: The latest videos from the Star
by VICTOR AMADALA Business Writer
Kenya
18 July 2019 - 05:00
Read The E-Paper