•Last such instances having been registered in 2013 and 2014 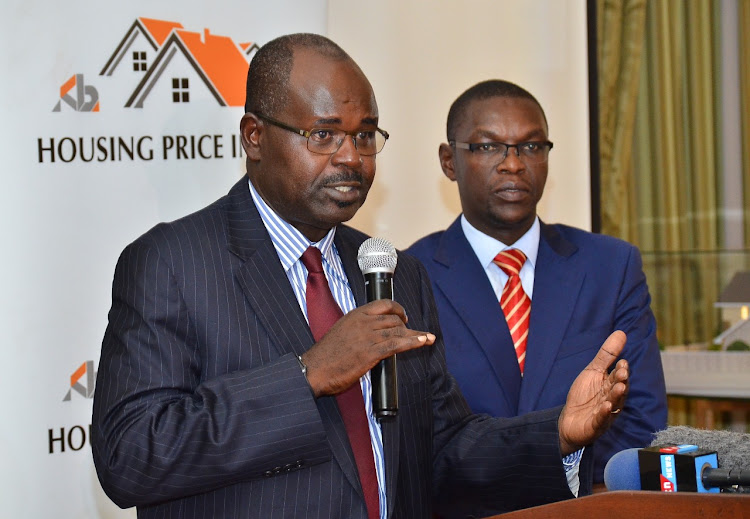 The rate of growth in house prices sunk to a five- year low of 2.78 per cent in the first quarter of the year due to constrained credit flows to both the supply and demand side.

The latest House Price Index (HPI) released by the Kenya Bankers Association yesterday show prices for the quarter ended March moved to a negative growth from an increase of two per cent in similar quarter last year.

This is the third time the index has reported a decline in the growth of house prices, the last such instances having been registered during the last quarter of 2013 and the third quarter of 2014. The index dropped 2.57 and 1.55 per cent respectively.

"The price decline during the first quarter of 2019 while indicating the sustenance of a general trend observed since the second quarter of 2018 is seen as tentative, and could be a pointer to a depressed market if sustained,’’ KBA research director Jared Osoro said.

On the demand side, among the factors highlighted as contributing to the decline include challenges facing prospective home buyers especially in accessing bank credit. Others are a cautionary stance of many households due to strained economic conditions and squeezed household budgets.

On the supply side, the market was influenced by the rate of growth of credit to the building and construction sector during the period July 2017 to June 2018 which averaged 1.2 per cent.

According to the report, the influence of the credit supply to this sector, a good proxy of availability of funding for housing construction, manifested itself in supply constraints after a period of about a year.

Post a comment
WATCH: The latest videos from the Star
by VICTOR AMADALA Business Writer
Kenya
25 May 2019 - 05:00
Read The E-Paper