• LPG  per annum stands at approximately 170 kilotonnes (KT) as compared to a demand of 300 KT per annum. 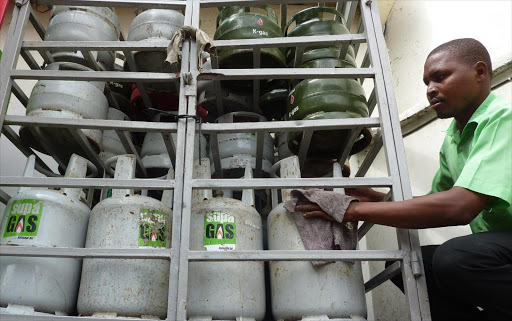 Lack of sufficient storage facilities for liquid petroleum gas and few distribution channels are hampering the uptake of the fuel in Kenyan homes.

However the State assured industry players that it is speeding up the completion of the common user facility in Mombasa.

Cabinet secretary for petroleum John Munyes said the facility will enable large scale importation of the commodity while another facility in Nairobi will enable mass distribution of the product to Kenyan households.

Government data shows the actual consumption of LPG per annum stands at approximately 170 kilotonnes (KT) as compared to a demand of 300 KT per annum.

This can be attributed to the high cost of the commodity in Kenya at $2 (Sh202) per kilo, as compared to the global average of $0.6 (Sh60.69) per kilo. The total LPG storage infrastructure available in Kenya stands at 6,000 metric tonnes against a consumption demand of projected at 300,000 MT per annum.

He said the government is working with industry players to double the number of LPG distributors from four million to eight million. He said that the brand owners must use and keep their branded cylinders in order to ensure safety and high standards.

“The liability of the cylinder remains with the brand owners, therefore he should ensure that his/her cylinders do not cause accidents,” Munyes said. The gas cylinder exchange pool system was introduced in 2009 through subsidiary legislation.

The State’s efforts to eliminate the use of biomass, kerosene, and charcoal is slowly bearing fruit after logging in forests was banned. At the same time, kerosene prices rose by Sh23.09 last year on account of the decision by National Treasury to raise excise duty on the commodity last June.