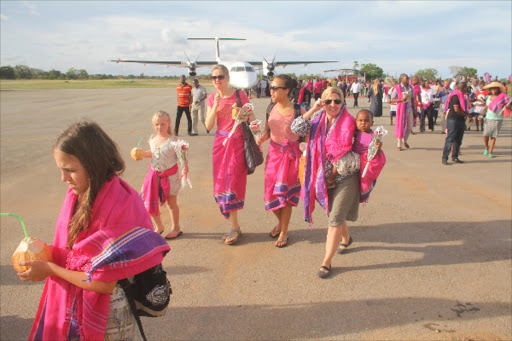 Kenya is currently the third largest tourism economy in Sub-Saharan Africa after South Africa and Nigeria, according to the Ministry of Tourism and Wildlife.

In a statement, the ministry said Last year, travel and tourism grew by 5.6 per cent to contribute Sh790 billion and 1.1 million jobs to the Kenyan economy.

This, it said beats the average global growth of 3.9 per cent and the Sub-Saharan Africa average of 3.3 per cent.

With over two million international arrivals, international tourists spent over Sh 157 billion in Kenya last year, accounting for over 15 per cent of total exports. The largest inbound international markets were the USA, UK, India, China and Germany at 11, 9, 6, 4 and 4 per cent respectively.

Combined with domestic spending, travel and tourism supported 8.8 per cent of the nation’s GDP in 2018, an increase from about 3.7 per cent in 2017.

The ministry said close collaboration with private and institutional investors,  conservation and regional development agencies  has  ensured the economic potential of the sector is prudently and sustainably managed.

Under the banner ‘Kenyans for wildlife and wildlife for Kenyans’, the ministry said it is focused on improving and modernising the country's wildlife conservation sector.

This, it said, has a direct impact on the tourism sector, of which 70 per cent is wildlife based.

“Travel and tourism is a sector which has proven to drive economic growth, create jobs and boost social inclusion,” president and CEO of World Travel and Tourism Council (WTTC), Gloria Guevara said.

Post a comment
WATCH: The latest videos from the Star
by FAITH NYASUGUTA Business Reporter
Kenya
16 April 2019 - 05:00
Read The E-Paper