Where does Africa fall in global climate debate?

•Africa should spend more adapting to climate change, given her vulnerability, than mitigating it 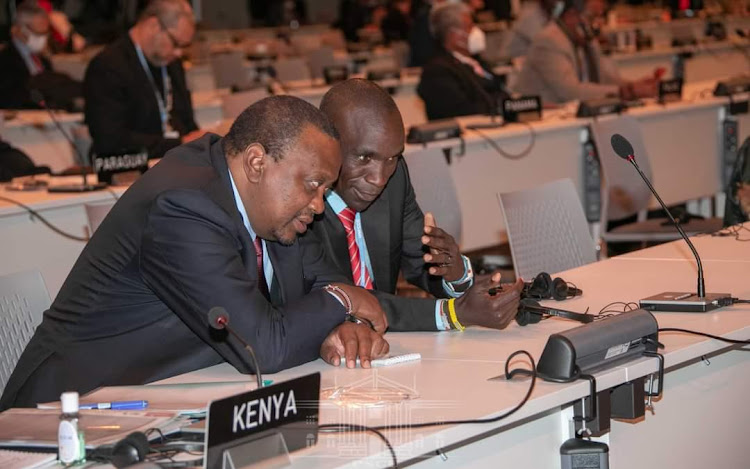 The conference, attended by Heads of State, policy makers, leaders of industry and academia, and the civil society intends to provide a platform through which global climate issues are discussed, and hopefully, solutions / action points generated.

Particularly, the conference hopes to accelerate progress toward clean energy per the global commitments outlined in the Paris Climate Accord. Leaders of State and Government are expected to emphasise the global community’s collective responsibility to address the negative effects of climate change.

This idea of collective responsibility in relation to climate change is increasingly taking hold. The 2015 Paris Agreement, signed by 194 states and the European Union, is the most evident example of the doctrine of collective responsibility.  Signatory parties commit to making prudent and verifiable steps to mitigate the negative impacts of climate change – with an ambitious target of preventing the rise of global temperatures beyond the 2°C threshold set by climate change scientists and researchers worldwide. This, in effect places a target of zero fossil-fuel emissions by 2050.

Based on World Bank data, Africa collectively accounts for the smallest share of global greenhouse emissions – 3.8% - relative to the world’s largest emitters, China, the United States and the European Union (23%, 19% and 13% respectively). Yet, despite our relatively low contribution to climate change on a global level, scientists note that Africa is one of the most, if not the most, vulnerable regions to climate change, given its relatively high dependence on low-productivity agriculture for food, income and employment.

To place this in perspective, World Bank data indicates that agriculture accounts for about 30-40% of GDP in Africa, with about 80% of Africans being dependant on low-yielding, rain-fed agriculture.

Yet despite the above, developed nations have been increasingly critical of Africa’s stance in relation to energy development. Case in point, the Lamu Coal Power Plant has attracted negative criticisms from all corners. This is despite Kenya’s paltry contribution to global carbon emissions, standing at 0.3% as at 2014. Critics also fail to consider that Kenya, and indeed Africa as a whole, has a larger share of renewable energy sources in its energy mix – approximately 80% and 26% respectively – than advanced economies.

While climate change is indeed a growing concern that deserves Africa’s attention, perhaps the debate should be more equitable, taking into consideration Africa’s contribution to climate change. Africa should spend more adapting to climate change, given her vulnerability, than mitigating it.