Governments and individuals have to adapt if they are to survive the short term.

•The broad consensus is that the pandemic has offered a chance to build back better by creating more shock resistant business and economic models.

•The world cannot build back better without addressing the challenge of climate change. 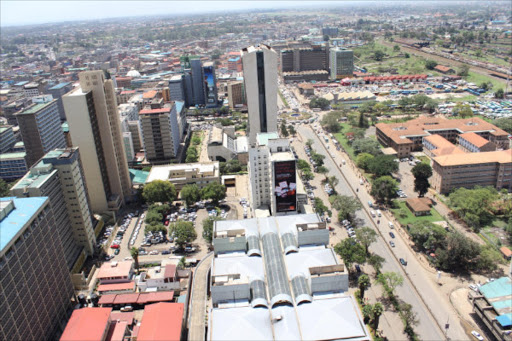 The Covid-19 pandemic brought global economies to a halt as governments grappled with measures to keep citizens healthy.

While, at the start, most accepted the economic slowdown as an unavoidable consequence, it is quickly becoming clearer that businesses, governments and individuals have to adapt if they are expected to survive the short term, and thrive in the long term.

The broad consensus is that the pandemic has offered a chance to build back better by creating more shock resistant business and economic models.

But what does this mean for Africa in general and Kenya in particular?

Although the alliterative term has become ubiquitous in a post-Covid world, Building Back Better (BBB) was a protocol developed by the United Nations in 2015 as part of the Sendai Framework for Disaster Risk Reduction.

Three years later, the World Bank launched its BBB report outlining how to recover from disasters in ways that are more productive and resilient, shock-resistant, and inclusive.

The initial reaction to the pandemic in most countries around the world was to shut down and send people home. The resulting recession and disquiet has shown that governments need to jumpstart growth and put large numbers of people back to work.

Additionally, socio-economic structures need to be rethought in ways that are inclusive because it is evident that the poor are disproportionately impacted by disasters.

Losing one dollar if you have a million in the bank is not as impactful as losing it if that is all you have in your pocket.

Keeping in mind that the pandemic is estimated to have tipped the scales, increasing the number of people in extreme poverty in the world from 88 million to 115 million in 2020 alone, climate change, left unchecked, could push the number up to 132 million by 2030.

The world cannot build back better without addressing the challenge of climate change.

Countries must adapt and become more resilient in the face of increasing global temperatures, changing rainfall patterns, and unprecedented weather calamities if they are to build shock-resistant economies that can survive future global challenges. They must also take every reasonable action to reverse negative effects to the environment where possible.

In order for post-covid recovery strategies to make sense, they must consider economic and environmental challenges as inexorably linked, especially in Africa where weather-dependent agriculture is the largest single employer.

But it isn’t only up to businesses and individuals directly involved in farming to make fundamental changes in their operational models to reduce their environmental impact, especially in regards to their carbon footprints.

Agriculture is the backbone of Africa’s economy, directly and indirectly providing raw materials to a vast number of industries and sectors, and contributing to income generation for millions across the continent.

All the industries and sectors that support agriculture must look at their models of operation and environmental impact in order to safeguard their supply chains.

However, all sectors can benefit from small, well considered changes that result in massive savings on resource usage that are not only good for the environment, but for their bottom lines as well.

We have seen retail spaces such as malls take advantage of their roofing to install solar panels which reduce their dependence on non-renewable energy sources, especially when blackouts occur.

There’s a taxi service operating in some parts of Kenya’s capital, Nairobi, that are using electric and hybrid vehicles only.

Small changes, applied effectively, can have significant impact on energy and natural resource usage, reducing the effect that businesses have on their environments.

For instance, businesses operating from Africa Logistics Properties’ warehouses at Tatu City – The African continent’s first industrial development to receive Excellence in Design for Greater Efficiency (EDGE) certification for green building - make energy savings of up to 41% and water savings of up to 52%.

Often overlooked design measures such as using reflective paint on the interior of the warehouses, and skylights that eliminate the need to use energy for lighting during the day end up making a big difference in how businesses consume resources.

These savings can then be translated into investments that allow for further growth and creation of opportunities.

They can be channelled to corporate social responsibility programmes that directly address challenges in inclusion of marginalised groups, and improving the quality of life of communities that interact with the businesses.

As businesses and countries are building back, the third “B” of the alliterative proposal needs take centre stage. Building back better places emphasis on not only recovering from the economic slowdown occasioned by the pandemic, but also improving sustainability.

Maruza is the Development Director at Africa Logistics Properties.

Post a comment
WATCH: The latest videos from the Star
by MARUZA CHIKWANHA
Commentary
23 August 2021 - 04:00
Read The E-Paper