The economics of negative oil prices

• Current predictions expect the decline in demand to reach as much as 29 million barrels in April, with May being potentially worse

•While producers are brimming in the commodity, the same is not being churned into markets for consumption 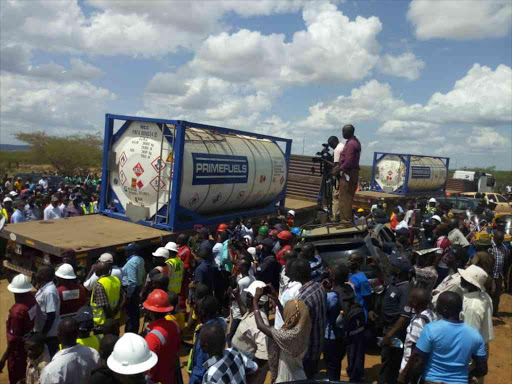 As discussed in earlier pieces in this column, basic economic theories of demand and supply play a significant role in global oil prices. Consequently, both demand-side and supply-side factors stand to adversely impact the price of the globally traded commodity, especially where economic equilibrium is not attained.

In the present instance, economic go-slows targeted at reducing the spread of coronavirus have significantly deflated demand for the commodity.

However, for the most part, the supply of the commodity has remained consistent at pre-COVID-19 levels thereby highlighting an oversupply of oil in the global markets. This necessitated the powers that be, that is OPEC, to arrive at an agreement to reduce global production of oil by as much as 10 million barrels a day – the largest production cut in the industry’s history.

However, industry analysts predict that the reduction in global oil production proposed by OPEC would not nearly be enough to offset the decline in the commodity’s demand. Current predictions expect the decline in demand to reach as much as 29 million barrels in April, with May being potentially worse.

While the above provides a basic overview of the oil price tailspins evidenced through the COVID-19 period, it does not explain how we arrived at negative oil prices.

It is pertinent to note, however, that negative oil prices are largely being evidenced in the US market alone, with respect to WTI – the oil price benchmark applicable in the US. Indicatively, the price of WTI fell almost USD 50 a barrel on Monday to trade at - USD 30 a barrel, while Brent fell about five per cent to trade at USD 27 a barrel.

With respect to negative oil prices, the same is primarily due to insufficient demand to meet the supply of the globally traded commodity.

As discussed above, measures aimed at curbing the spread of COVID-19 have resulted in a decline in demand, on the back of stabilized production. Consequently, while producers are brimming in the commodity, the same is not being churned into markets for consumption.