•This comes as September traffic and airlines capacity deployed reached 82.52 per cent and 82.1 per cent, respectively, of the 2019 level. 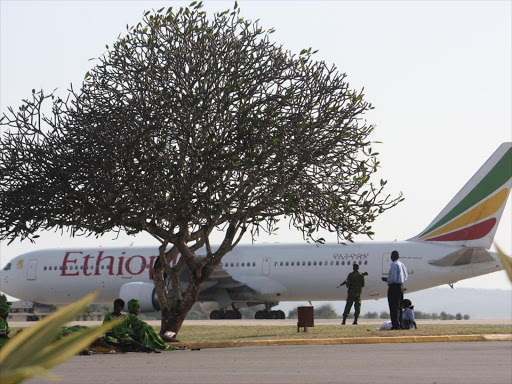 Eight African airlines have exceeded the number of international routes they operated before the Covid-19  pandemic, the African Airlines Association (AFRAA) says.

This is in the wake of an improving travel space despite some regions still being under watch of possible new infection waves.

Ethiopian Airlines leads the pack of airlines which exceeded initial routes. The state-owned carrier reported a 79 per cent jump in revenue to $5 billion (Sh605.3 billion) for 12 months to July.

Other airlines that are reported to have expanded their routing are Egyptair, Tunisian airline –Nouvelair, Air Cairo and Moroccan low-cost airline–Air Arabia Marco.

In September traffic and airlines capacity deployed reached 82.52 per cent and 82.1 per cent, respectively, of the 2019 level.

“African airlines have now resumed operations to 99.2 per cent of routes operated before the pandemic with the eight exceeding the number of international routes they operated before Covid,” AFRAA said in a statement.

Even so, the industry is still facing losses, albeit a reduction from last year.

The projected revenue loss due to Covid-19 for the third quarter of 2022 is approximately $800 million (Sh96.8billion), with operating expenses remaining high as a result of an upward trend on jet fuel prices.

Year to date, global average price per barrel is $142.

Impact on global airlines fuel bill is estimated at $131.6 billion (Sh15.9 trillion) for the full year.

The resumption of global travel is expected to boost international trade amid recovery of the aviation industry.

However, there are concerns that new Covid-19 developments could slow down activities in these sectors.

In Europe for instance, there are renewed fears of the occurrence of an eighth wave of Covid-19 infections, especially in the UK where a rise in the number of new cases is growing.

There are improvements in Asia compared to last month with the region reported to be reopening, and easing movement restrictions linked to Covid-19.

“In Africa, the number of new contaminations remains low," notes in a statement.

The total case count has reached 619 million globally with12.6 million being in Africa.

The global recovery rate is placed at 98.9 per cent.

Of this, only 22.3 percent of Africans have received at least one vaccine compared to the global average of 67.9 per cent.

Post a comment
WATCH: The latest videos from the Star
by MARTIN MWITA Business Writer
Africa
17 October 2022 - 19:00
Read The E-Paper