Africa provides a large market for intra-Africa trading, but which is still largely uncoordinated and untapped.

- CS Ukur Yatani lamented the paltry three per cent of the global exports and imports that Africa contributes in goods and services.

- This, he said, is a wakeup call for Africa to improve its intermodal transport systems so as to promote the manufacturing sector, strengthen the export promotion councils, and open up special economic zones for value addition processes for export markets 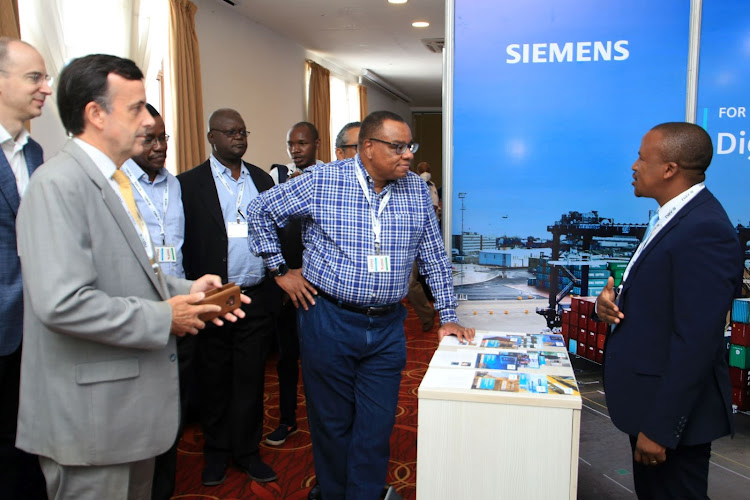 The lack of an efficient and integrated transport network in Africa means that the continent is missing out on a big opportunity to exchange goods and services freely.

National Treasury CS Ukur Yatani has said with a population of 1.4 billion people as of April 2022, representing 16.72 per cent of the world population, Africa provides a large market for intra-Africa trading, but it is still largely uncoordinated and untapped.

The CS lamented the paltry three per cent of the global exports and imports that Africa contributes to goods and services.

This, he said, is a wakeup call for Africa to improve its intermodal transport systems so as to promote the manufacturing sector, strengthen the export promotion councils, and open up special economic zones for value addition processes for export markets

“Going in this direction is the only way to reduce the trade imbalance that exists,” said Yatani.

He spoke through a speech read on his behalf at the 26th intermodal conference and exhibition in Shanzu, Mombasa on Wednesday.

Africa, he said, is challenged by a number of issues that afflict the efficiency of their ports, infrastructure and trade in general.

“There is, therefore, a need to put together great minds and share views and perspectives on how these challenges facing the continent and the unexploited opportunities can be managed,” said Yatani.

His sentiments were echoed by Kenya Ports Authority acting managing director John Mwangemi who noted that although there is competition among African ports, there has to be also some sense of coordination.

The Moroccan port of Tangier Med and Port Said of Egypt has taken the lead in North Africa, Djibouti in the Horn of Africa and Durban in Southern Africa are fierce competitors.

In West Africa, the ports of Lome (Togo), Tema (Ghana) and Lekki (Nigeria) are also involved in fierce competition to be the regional hub ports.

The same is being witnessed in East Africa with Mombasa Port and of Dar es Salaam working tirelessly to position themselves to be the hub port region.

“I wish to note that as these ports struggle to compete with each other, we must work together in a coordinated way to avoid over-investing in uncoordinated infrastructure,” said Mwangemi.

Yatani said ship sizes are increasingly putting pressure on ports to expand or upgrade their infrastructure and equipment to keep pace with such developments.

“The maritime sector and particularly the African continent must put in place measures to enhance its preparedness to handle such and any other issues like disasters, at least to minimize damage to our developing economies,” said the CS.

He said as the world economies continue recovering from the global Covid-19 pandemic, Africa with its untapped resources is expected to play a bigger role in global economic growth in the next decade.

“This is because of the ongoing discoveries of huge reserves of natural gas, oil and mineral deposits across the continent.

“These opportunities cannot be optimally tapped without a well-developed sufficient intermodal transport system across the continent,” Yatani said.

Transport Events CEO Rory Doyle said it is only when experts from the region put their heads together that solutions can be found.

“That is why we set u such conferences to provide the opportunity to share experiences and compare notes,” said Doyle, who is the organizer of the three-day conference.

The conference has brought together 200 delegates from different countries focusing on solutions for port, shipping and transport logistics in Eastern and Southern Africa.

Doyle noted that the cost of doing business in Africa is directly determined by the state of infrastructure.

“Undoubtedly, transport systems interconnectivity in the continent is still poor and the state of affairs cannot be improved if governments do not integrate their investment plans,” he said, echoing Yatani.

Yatani said that is the very reason why, as a result of this realization, countries are grouping into regional economic blocks to plan and execute infrastructural developments jointly.

“In East Africa, the East African Community and partner states have undertaken several joint projects to address the poor state of infrastructure in a number of areas, especially in roads, air transport, seaports, railways and communications, the CS said.

Mwangemi said it is this infrastructure that will enable Africa to tap into its vast resources, with the volumes of general cargo and containerized cargo passing through Africa’s ports has tripling since the mid-90s.

He said low investment in infrastructure has caused congestion and inefficiencies in most ports on the continent.

“Recent industry reports indicate that the cost of moving goods in Africa is 1.5 to 3.5 times more expensive compared to other high-volume global trade routes. This is because most ports in Africa have little economy of scale,” he noted.