In the world’s top 100 airlines, just three per cent of airline CEOs and COOs and eight per cent of CFOs are women 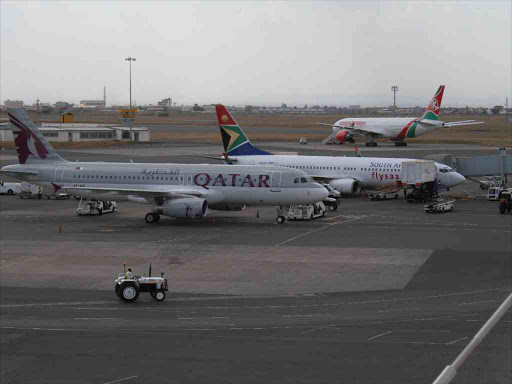 A file photo of planes at the Jomo Kenyatta International Airport in Nairobi. /Jack Owuor

The African Airlines Association (AFRAA) is pursuing solutions to bridge the gender and age gap in the travel industry.

According to the association, women numbers are still low while at the same time the pool for future professionals for the industry is limited.

It said this two factors pose a challenge to the sustainability of the air transport sector travel.

In the world’s top 100 airlines, just three per cent of airline CEOs and COOs and eight per cent of CFOs are women according to a study done by the International Air Transport Association(IATA).

“There is need to make the aviation industry more gender-balanced at the national, international and global levels. Investing in women and youth has a multiplier effect on productivity as well as sustainable growth,” said Abdérahmane Berthé , AFRAA Secretary General.

To boost the gender diversity, AFRAA has organised training to empower women in aviation.

It also plans to create an African Air Transport Fund to invest in skill development of the next generation aviation professionals in Africa.

The association has also called on all African airlines to sign up for the IATA 25 by 2025 initiative.

The initiative is a voluntary campaign by IATA member airlines to improve female representation in the industry by 25 per cent, or up to a minimum of 25 per cent by 2025.

In 2020, after the International Women’s Day celebration, Kenya Airways was the first major aviation signatory in Africa of the IATA 25by2025 Initiative.

According to the report, six companies (10 per cent) have gender balance at the senior management level, with Kenya Airways named the only airline.

Further,  AFRAA has signed an MoU with the World Tourism Organization(UNWTO) to strengthen the relationship between the aviation and tourism sectors in the region.

The new MoU is aimed at helping mitigate the impacts of the pandemic on African aviation and restarting international travel.

The agreement will also help grow the overall benefits of tourism and air transport within both national and regional economies.

The MoU was signed by  AFRAA’s Secretary General and UNWTO Secretary-General Zurab Pololikashvilil.

Under the terms of the agreement, both parties will consult each other on matters and activities of mutual interest to develop greater connectivity and advance seamless travel across Africa.

According to AFRAA, the gender diversity drive and training youth in aviation will enable Africa meet the global needs of the aviation industry of tomorrow.