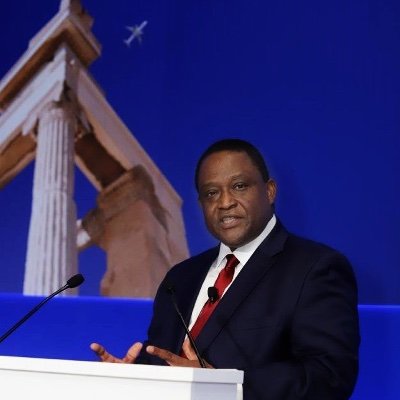 African airlines are projected to make a combined loss of $8.2billion (Sh900.3 billion)at the end of this year as the re-start of operations on intercontinental routes by the airlines and vaccination status of the continent remain low.

The Star's Susan Nyawira recently had an interview with the African Airlines Association (AFRAA) Secretary General Abderahmane Berthe  who spoke on various challenges within the sector, opportunities that can be leveraged by African airlines and recovery efforts.

1. What is the state of the African aviation industry in 2021?

Re-start of operations on intercontinental routes by African airlines reached 77.8 per cent in August, though frequency and capacity remain constraint.

2 Are there any notable recovery trends as economies open up within the aviation industry?

In the month of August air passenger traffic reached 46.8 per cent compared to same month in 2019 while capacity was at 54.6 per cent. A good sign of recovery.

3. What are your insights on the various challenges within the sector and opportunities that can be leveraged by African airlines?

There are challenges in the aviation sector that need to be addressed with determination. Some constitute a significant handicap for African airlines:The high cost of operations: taxes, charges, fuel; The inadequacy of infrastructure preventing the provision of quality service; Lack of qualified human resources; Difficulty in accessing funding; The lack of cooperation between African companies; Limited intra-African connectivity.

These flagship projects are opportunities to be seized by the aviation sector to mitigate the challenges faced by African Airlines.

4. What is the progress on the Single African Air Transport Market(SATM)?

Faced with the slowness in the implementation of the Yamoussoukro decision of 1999, African states launched the SAATM (Single African Air Transport Market) under the aegis of the African Union.

To date 38 states out of 55 have signed the SAATM and 18 states have signed the Memorandum of Implementation committing to bring their air services agreements in line with the Yamoussoukro decision. The implementation of the SAATM is based on a comprehensive plan involving all stakeholders in the aviation sector in Africa.

While it is true that the implementation is laborious, it must be recognized that a lot of progress has been made. In other parts of the world we have seen the same phenomenon. Liberalization does not happen overnight. It is an irreversible process because everyone recognizes the expected benefits.

Some states are willing to protect their national carriers by delaying the implementation of liberalization. This is not a guarantee of sustainability for air transport in these countries. We need to start by ensuring implementation by the 38 signatory states. The other states will follow sooner or later.

There is a Joint Prioritised Action Plan with set KPIs amongst the concerned stakeholders and these are reviewed annually to track progress.The liberalization of the air transport industry in the continent through the implementation of the YD and operationalization SAATM will create a more regionally integrated continent.

5. AFRAA recently concluded its 2021 fuel programme for the period 2021-2022 under the framework of the AFRAA fuel project. Why was this initiative created?

AFRAA has concluded its 2021 fuel programme for the period 2021-2022 under the framework of the AFRAA fuel project. The programme, which runs on an annual basis, has achieved a total of $55million (Sh6.03billion) cost savings to the participating airlines since its establishment in 2012.

Fuel is the most significant component of operating costs of flight operations. Fuel costs are significantly higher in Africa compared to the rest of the world. High fuel costs and other expensive charges drive down the competitiveness of African air carriers. As a result, African airlines’ available seat-kilometer costs are much higher than the industry average.

6. Are there any growth opportunities for African airlines and specifically national carriers?

Air transport plays an important role for the economic and social integration of the African continent.

afraa berthe, the starThe key elements for the success of air transport in Africa are in particular: The high growth rate of most of the economies of African states, the youth of the population and the gradual emergence of an increasingly dynamic middle class and the weakness of land infrastructures on a vast continent which gives a more important role to air transport.

7. What are AFRAA's current priorities for the aviation sector in 2021?

Sustainability of the African airline industry is among AFRAA’s top priorities. Excessive taxes, charges and fees make African airlines less competitive since these levies have significant impact on the financial performance of airlines operating in a high cost environment. It is against this backdrop that AFRAA continuously establishes initiatives and joint projects for its members.

The recovery from the unprecedented Covid-19 crisis is another priority. To achieve this objective, AFRAA continues to call for: lifting travel restrictions, harmonization of health screening protocols, financial support to the aviation sector.

8. What are AFRAA’s recommendation in regards to the recovery of the African aviation industry and protecting passengers?

We are convinced that recovery pathways must be grounded in collaboration and strategic rethinking of business models within the industry. The evolution of the virus remains unpredictable; therefore the need for coordinated efforts by African States, aviation stakeholders and partners for the sustainable recovery of the air travel industry is now more than ever a key building block for success.

The implementation of the ICAO CART guidelines by states is also critical for the protecting air travelers and bringing stakeholders’ confidence.