EAC to push for ratification of regional free trade deal

The signing and ratification of the TFTA Agreement is critical, the secretary general said 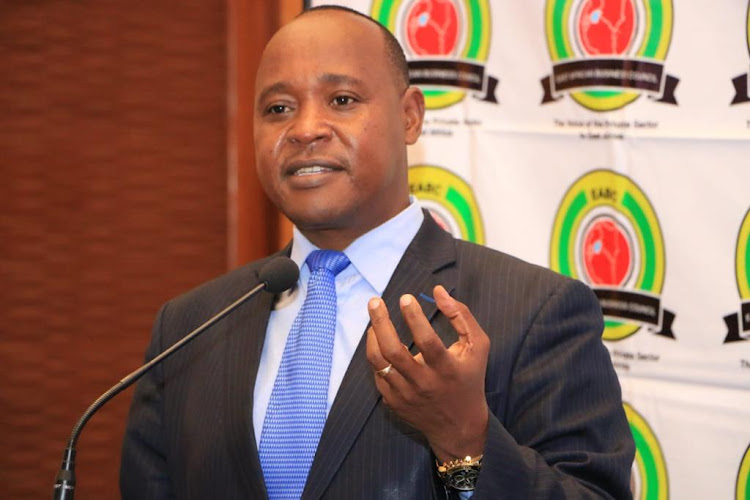 EAC Secretary General Peter Mathuki has pledged to push for ratification of Tripartite Free Trade Area(TFTA) saying it will improve the economic and social welfare of the various blocs.

The treaty targets the COMESA-EAC-SADC region by creating an enabling environment for trade.

Mathuki spoke when he took over the chairmanship of the COMESA-EAC-SADC Tripartite Task Force (TTF) from Stergomena Tax, the SADC Executive Secretary.

Part of the TFTA Agreement state that it takes effect upon ratification by 14 Member/Partner States.

In the EAC, Burundi, Kenya, Rwanda and Uganda have ratified the  agreement. Tanzania is at an advanced stage of the ratification while South Sudan has not yet signed the agreement.

The EAC, SADC and COMESA agreed to establish an expanded TFTA in 2008, with a combined population of 625 million people and an aggregate GDP of $1 trillion.

The ratification of the TFTA will play a major role in the implementation of the Africa Continental Free Trade Area(AfCFTA).

According to member states of the AfCFTA, its success of  depends on the ability of these regional trading blocks to develop and implement localised implementation strategies.

Under the agreement, 90 percent of goods originating from an exporting country within the free trade area will be subject to preferential treatment (zero import tariffs), with projections that the pact could boost intra-African trade by 33 per cent.

The United Nations Economic Commission for Africa (UNECA) estimates the AfCFTA could help push African consumer and business combined spending to $ 6.7 trillion by 2030, up from $2.7 trillion in 2015.

So far, only Eritrea out of the 55 African countries has not signed the agreement while 20 countries, among them Tanzania, Burundi and South Sudan have signed but have not ratified