EAC single currency to be achieved within four years – Mathuki

It had initially been anticipated to be in place by 2024.

•A technical working group had however proposed the deadline be pushed to 2031.

•On Thursday, Mathuki said that the Council of Ministers is expected to make a decision soon on the location of the East African Monetary Institute. 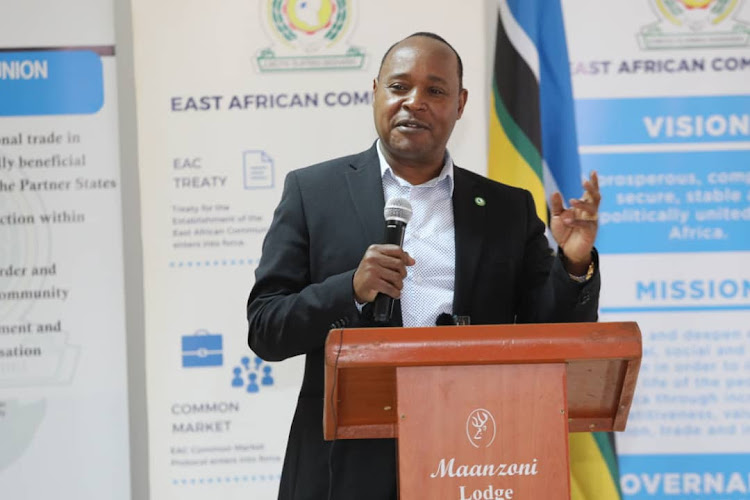 The East Africa Community (EAC) now says a single currency for the region could be achieved in the next four years, pushing the timelines forward.

It had been expected to be in place by next year according to an initial schedule.

A technical working group had however proposed the deadline be pushed to 2031, even as EAC Secretary-General Peter Mathuki notes the East African Monetary Union would be achieved within the next four years.

The EAC Customs Union and Common Market protocols have not been fully implemented.

On Thursday, Mathuki said that the Council of Ministers is expected to make a decision soon on the location of the East African Monetary Institute, the precursor to the East African Central Bank that will issue the single currency.

“The single currency will ease business and movement of persons within the region. It is in line with our goal to make the region borderless so that people can move and trade freely as envisioned in the Common Market Protocol,” he said.

The Secretary-General was addressing the media during a five-day retreat for EAC Staff, at the Maanzoni Lodge in Machakos County.

“Plans are at an advanced stage to hold similar consultations for Tanzania, Rwanda, Kenya and South Sudan in the 2022-2023 Financial Year,” he said.

Meanwhile, EAC plans to send a verification mission to Somalia at the end of this month, to assess the country’s readiness to join the community.

The regions' heads of state summit directed the council to follow up on the application by Somalia to join the community.

The Secretary-General has described Somalia’s long Indian Ocean-Red Sea route, which links Africa to the Arabian Peninsula, as a vibrant economic zone that would bring immense benefits to the EAC.

“The exploitation of Somalia’s blue economy resources such as fish and the expansive coastline is also set to boost the regional economy,” he said.

On peace, Mathuki said the Eastern region of the Democratic Republic of Congo requires a political solution.

Speaking at the retreat, the Judge President of the East African Court of Justice, Justice Nestor Kayobera, emphasised the need for EAC organs and institutions to adhere to the provisions of the Treaty for the establishment of the EAC while executing their mandate.

Also present at the event were the EACJ Principal Judge, Justice Yohanne Masara, and the Counsel to Community, Anthony Kafumbe.

Somalia made its application to join the EAC in 2012.
News
3 weeks ago