It estimates that supply constraints could outweigh the weakening demand, keeping prices elevated for the next few quarters 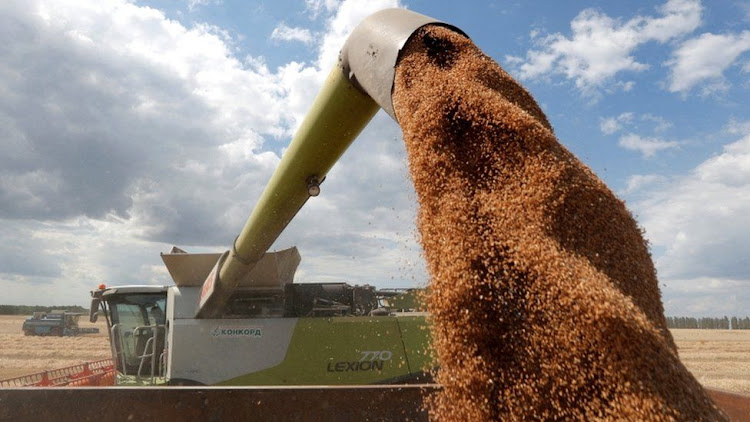 Before the war, Ukraine was a major producer of cereals such as maize and wheat, Supply cut off by war.
Image: FILE:

Global cereal prices are unlikely to drop in the next six to 12 months, according to a projection by the International Monetary Fund.

The fund said this will not give the anticipated relief to many people who hoped for a drop in the price of cereals.

According to IMF the global food prices are estimated to have added about six percentage points to consumer food inflation in 2022 hence the risk of food prices increasing rather than declining during the next couple of months remains high.

Trading in futures markets suggests that wholesale cereal prices will only drop by about eight per cent next year from the current highs.

The lender’s estimate however indicates that supply constraints could outweigh the weakening demand, keeping prices elevated.

The general Food Price Index according to FAO, fell slightly further to 135.7 in November from 135.9 in October.

Global wheat prices registered a 2.8 per cent decline in November, mostly driven by the rejoining of Russia in the Black Sea Grain Initiative.

The extension of the agreement also subdued import demand for supplies from the US due to uncompetitive prices and greater competition in global markets with increased shipments from Russia.

This is sharply below a record high of 159.7 hit in March and above the pre-Ukraine invasions levels as a decline in the cost of cereals, meat and dairy products offset higher prices for vegetable oils and sugar.

For developing nations like Kenya, who is a net importer with a food and beverage import value of about Sh204 billion as of 2021, mitigating the new price surges and allowing food and fertiliser to flow to those who need it most remains vital, the lender notes.

According to the United Nations Comtrade database on international trade, cereal imports to the country in 2021 was at $1.04 billion (Sh127.8 billion).

Compared to the year before, the country imported cereals worth nearly $150 million (18.4 billion) from Pakistan.

This was the highest import value registered that year.

Cereal imports from Russia in the same year amounted to $139 million (Sh17 billion) while those originated in Argentina totaled roughly $130 million (Sh15.9 billion).

Further increase in cereal prices going into part of next year’s quarters will therefore mean the cost of imports to the country will continue widening stretching further the country’s trade deficit.

The value of imports have been outweighing the country’s tea and horticulture exports earnings over the years pushing the trade gap to Sh1.4 trillion in 2021.

The lender advises that for the easing of the rising cereal prices, it is important for the international trade to remain free despite the recent jitters occasioned by the Russia-Ukraine war.

“It still remains uncertain how the combination of harvest disruptions, energy prices, and monetary policy will play out heading into the New Year,” IMF says.

This is the first shipment since Russia launched a military invasion against Ukraine in February 2022.
News
3 months ago

Wheat millers want the government to scrap duty on wheat and return it to zero-rated Value Added Tax.
Business
6 months ago