They contribute to socio-economic development and create employment opportunities 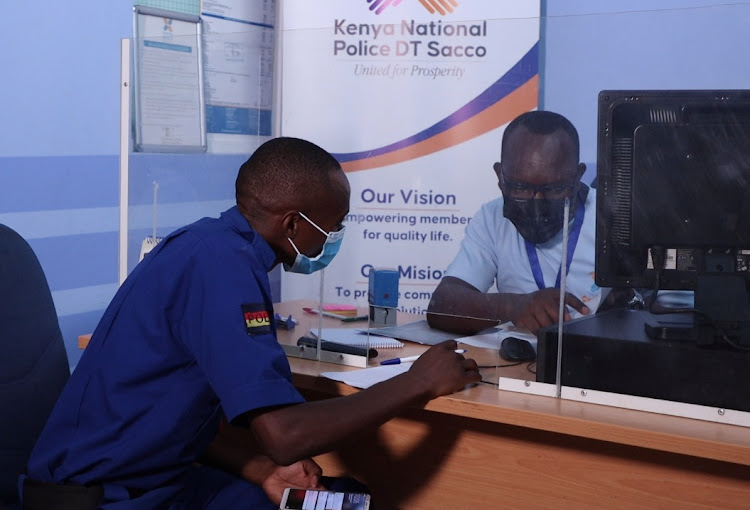 A police officer is served at one of the sacco offices on December 9, 2022. The sacco is also open to members of the public
Image: / HANDOUT

There have been remarkable improvements in how Kenyans manage their finances in terms of savings and loans.

Over the years, saving and credit cooperatives (Saccos) have gained and continue to gain immense popularity in the country.

They contribute to socioeconomic development and create employment opportunities which ultimately eradicate poverty.

In Kenya, the first cooperative dates back to 1908 and since then, they have experienced tremendous growth in numbers, members and financial capacity.

According to the Sacco Societies Regulatory Authority (SASRA), there were 176 Deposit Taking (DT) Saccos registered in Kenya by the end of 2021 and they contributed to 5.71 per cent of the national GDP.

Saccos are transforming lives in many ways. Many people have educated their children or advanced their own education through loans from Saccos.

The impact is felt in other sectors like housing, agriculture, transport and health.

Many people turn to Saccos to sort emergencies. It is easier to access loans from Saccos as compared to loans advanced by commercial banks.

This is because their interest rates are much cheaper and members also get annual dividends.

Kenya’s cooperative movement is considered to be the best in Africa and many African countries rely on it for benchmarking.

Many Saccos have members even in the diaspora. They have become an important channel through which Kenyans abroad are investing back home. 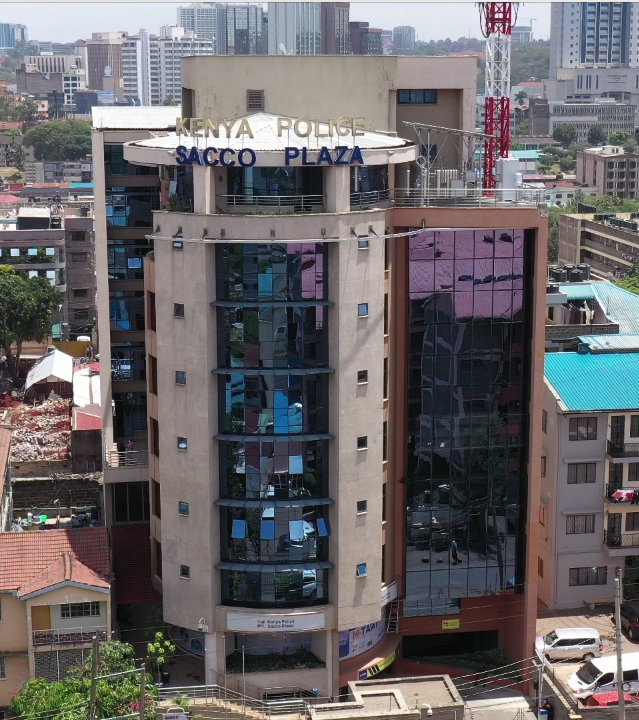 At some point, Saccos was losing the confidence of Kenyans because of governance challenges but this trend has been reversed following strict regulations and oversight by the SASRA which was formed in 2010.

The Societies are audited regularly. Technology and capacity building have also played a big role in transforming Saccos in Kenya.

Saccos are expected to play an important role in the current administration's economic transformation plan.

They will become part of the channels through which the Hustler Fund will be implemented for the benefit of a majority of low-income Kenyans who are looking forward to uplifting their businesses.

Saccos are ranked by SASRA in various categories depending on their asset base.

Harambee Sacco is ranked fourth and Afya Sacco is fifth.

The Kenya National Police Deposit Taking Sacco is among the oldest Saccos in the country. This year, the society which has grown from 690 members to over 70,000 members is celebrating 50 years of existence.

The society was formed by police officers in 1972 as a welfare group to address their financial needs since many of them were reliant on low incomes and were financially excluded.

The Saccos, like many other Saccos has been able to create opportunities for members such as paying for their children’s school fees, investing in businesses, purchasing various assets and building their homes.

The Saccos is open to the public and not just to police officers. Therefore, any Kenyan including those in the diaspora is welcome to become a member.

Initially, Saccos were formed to provide credit facilities using their deposits as collateral. However, over the years, they have evolved and products have diversified.

The Cooperative movement in Kenya is rapidly growing as more Kenyans embrace a savings culture. I, therefore, wish to encourage you to join a Sacco if you haven’t. It is not too late!

A game-changer in matters access to credit, the fund will help circumvent two major bottlenecks
Siasa
2 months ago

We want to boost a saving culture while creating momentum for sustainable development, he says
News
2 months ago

Saccos have the perfect business model to financially empower the estimated 1.4 billion unbanked people globally.
Opinion
3 months ago
Post a comment
WATCH: The latest videos from the Star
by SOLOMON ATSIAYA
Business
11 December 2022 - 21:00
Read The E-Paper