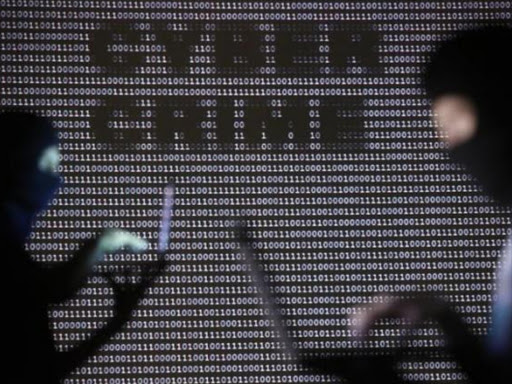 People wearing balaclavas are silhouetted as they pose with a laptops in front of a screen projected with the word 'cyber crime' and binary code.
Image: /REUTERS

Businesses are concerned about the rising digital attacks on the back of increased digitalisation prompted by the covid-19 pandemic.

The concerns have built over the half year period that ended in June this year.

A report by cybersecurity provider Trend Micro notes that over 73 per cent of Information Technology (IT) managers in different business sectors are worried about the growing digital attack space globally.

“Covid-19 pandemic forced greater adoption of digital functions which have since occasioned  continued growth in threat detections in the digital sphere,” the report says.

The attacking digital space is spiralling out of control and is constantly evolving. A concern that calls for the need to improve investment and understanding of the cyber-attack landscape, the report reads in part.

The number of threats detected and blocked globally as of June this year was at 63.7 billion largely driven by  Uniform Resource Locator (URL) reputation queries which recorded a total of 1.8 trillion.

This is an increase compared to the same period last year when it recorded 1.6 trillion queries.

In Kenya however, according to TransUnion's 2022 second quarter fraud analysis report, the rate of suspected digital fraud attempts declined across half of the industries tracked.

The rate of suspected digital fraud across all industries decreased by almost 27 per cent.

TransUnion observed that the largest declines was from country-based transactions in communities, which include online forums and dating, telecommunications and insurance.

At the end of the quarter, their threat rates stood at 70 per cent, 42 per and 20 per cent respectively.

“The industry that saw the biggest increase in the rate of suspected digital fraud attempts was the logistics, which increased by 61 per cent,” TransUnion says.

Cloud computing was noted to be among the most targeted spaces in Africa despite the spaces' continued growth.

Top of the list is cloud tunnelling and containers. Cloud tunnelling allows users to swiftly deploy assets and services and can also prevent full visibility of the deployed assets.

Trend Micro narrates that attackers are taking advantage of this by launching attacks in unconventional places where IT teams tend not to be vigilant.

Although most detections and attacks are still aimed overseas, Trend Micro insists on African countries to invest in improved security measures.

The cybersecurity provider reiterates that the critical part of the investment should be focused on resolving the skills shortage.

This is in comparison to same period last year and also to the global decline which reduced by 14 per cent.
Business
2 months ago

Strong networks of criminal syndicates have continued to establish their empires across the world.
News
4 months ago
Post a comment
WATCH: The latest videos from the Star
by ALFRED ONYANGO
Business
28 October 2022 - 21:00
Read The E-Paper