He was imprisoned twice for bribing a former president.

• The symbolic move means the world's biggest smartphone maker will now be officially run by the third generation of its founding family.

• Mr Lee, who was convicted of bribery and embezzlement in 2017, was granted a special presidential pardon in August. 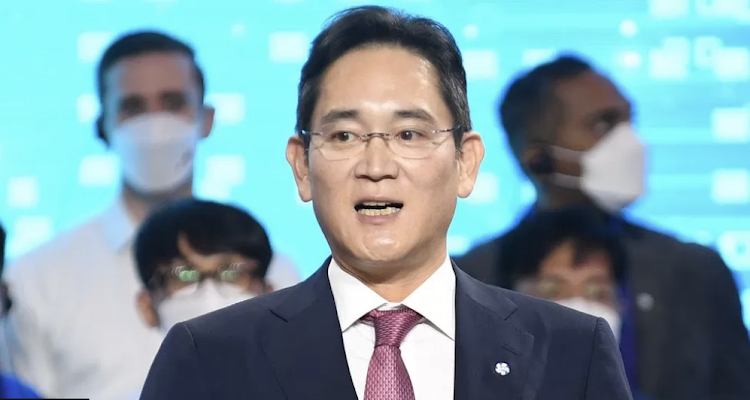 The symbolic move means the world's biggest smartphone maker will now be officially run by the third generation of its founding family.

Mr Lee, who was convicted of bribery and embezzlement in 2017, was granted a special presidential pardon in August.

He was imprisoned twice for bribing a former president.

"The Board cited the current uncertain global business environment and the pressing need for stronger accountability and business stability in approving the recommendation," the company said in a statement.

The announcement formalises the role Mr Lee - who is also known as Jay Y Lee - has held since 2014. He took over after his father, the late Samsung Group chairman Lee Kun-hee, was hospitalised. He died in 2020.

The 54-year-old has been vice chairman of Samsung Electronics, the crown jewel of South Korea's biggest business conglomerate, since 2012.

In August last year, Mr Lee was released from a South Korean prison on parole after serving 207 days in jail.

It was just over half the sentence he received after being convicted in January.

In a statement, then-President Moon Jae-in's office said his release was made in the national interest and asked for understanding.

"We are well aware that there are supporting and opposing views on Vice-Chairman Jay Y Lee's parole. The views of the people who are opposed are also right," it said.

At the time, the country's Justice Ministry said it made the decision to release Mr Lee after considering the effects of the pandemic on South Korea's economy and global markets.

A year later, he was pardoned by new President Yoon Suk-yeol. 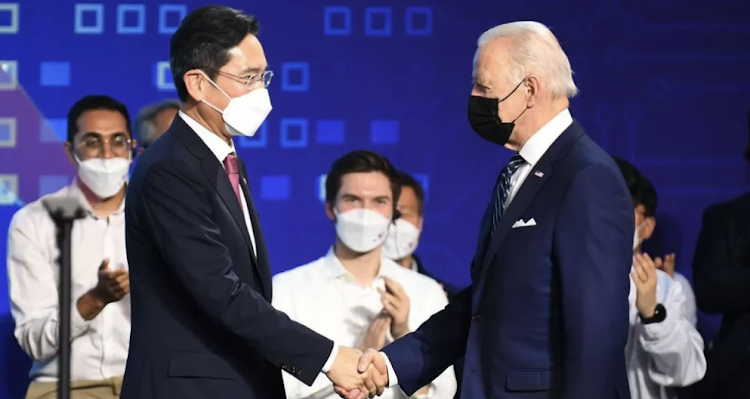 Mr Lee has largely resumed his public duties as a Samsung executive, meeting with the US leader in Seoul in May
Image: GETTY IMAGES

Mr Lee was found guilty of bribery, embezzlement and concealment of criminal proceeds worth about 8.6 billion won ($6m; £5.2m).

The case involved the country's former President Park Guen-hye, who was also jailed for bribery and corruption.

Samsung Electronics was founded by Mr Lee's grandfather and he has been the de facto head of the company since 2014.

On Thursday, the world's top maker of memory chips and smartphones reported a 31% drop in its third-quarter profit.

It also warned that uncertainties around the world are likely to dampen demand until early next year, as the global economic downturn hits the market for electronic devices.

Post a comment
WATCH: The latest videos from the Star
by BBC NEWS None
Business
27 October 2022 - 07:37
Read The E-Paper