•US President Biden has designated a Presidential Delegation to attend Ruto's inauguration. 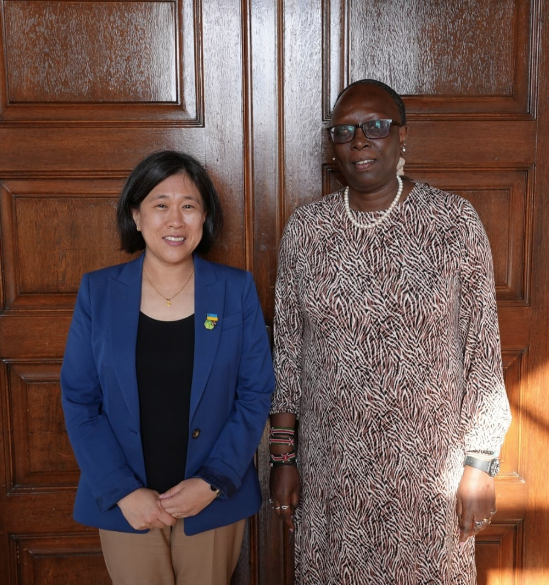 Kenya-US trade talks could soon be fast-tracked as the latter's trade representative Katherine Tai, is expected to lead a delegation to President-elect William Ruto's inauguration this week.

US President Joseph Biden, Jr. on  Saturday announced the designation of a Presidential Delegation to attend Ruto's inauguration on Tuesday.

The other members of the delegation include US Ambassador to Kenya Meg Whitman, the US Representative Texas Colin Allred, assistant secretary of State for the Bureau of African Affairs U.S. Department of State Mary Catherine Phee and Monde Muyangwa, assistant administrator for the Bureau for Africa, U.S. Agency for International Development.

This could be a catalyst for the stalled talks, which hit a hitch during the change of administration in the US upon the exit of the Donald Trump led Republican administration after losing to Democrat Joe Biden.

The talks started during Trump's presidency but have never been finalised. They slowed down slowed down in the run to the August 9 polls but Kenya maintains its is remains committed to the process.

However with a new regime in Kenya, trade experts predict a fresh round of negotiations similar to what happened when Biden took office in January last year.

“As the general elections approached, things slowed down and we will not be surprised if the new administration initiates a fresh conversation,” a private sector official privy of the negotiations told the last week.

According to trade experts at the Industrialisation, Trade and Enterprise Development ministry, it takes up to two years to have a complete Free Trade Agreement (FTA).

Industrialisation, Trade and Enterprise Development Cabinet Secretary Betty Maina has been Kenya's lead negotiator in the talks which impetus in June after the team met ambassador Katherine Tai at the World Trade Organisation's 12th Ministerial Conference in Geneva.

The two countries agreed to finalise a list of areas for cooperation to deepen economic engagement.

In July, the US Trade Representative’s Office said the two countries would start within three months embark on developing a roadmap for engagement in 10 areas, including agriculture, digital trade, action on climate change, and trade facilitation and customs procedures.

Ruto’s new trade cabinet secretary will take up the conversation from there when he forms his government.

The US has been pushing for favourable terms among them a duty free market access for its goods, including agricultural and industrial, in a move aimed at taming the growing dominance of China’s trade with Kenya.

The US is also pushing for a competitive procurement space in government, eradication of corruption, adequate and effective protection of intellectual property rights, removal of non-tarrif barriers, favourable sanitary and phytosanitary measure among other interests.

Kenya on the other hand seeks to protect its local industries and sectors even as it pushes for favourable terms to grow its exports.

The negotiations slowed down in the run to the August 9 general elections.
Business
4 months ago

They also want the country’s supply chains strengthened to reduce reliance on imports.
Business
4 months ago
Post a comment
WATCH: The latest videos from the Star
by SHARON MAOMBO Business Writer
Business
11 September 2022 - 21:00
Read The E-Paper