60 African startups to scale up business through Black Founders Fund

• Google has unveiled its second cohort of Google for Startups Black Founders Fund (BFF) for Africa.

• The 60 eligible black-founded startups from across Africa that are joining the program will receive a total of Sh 479.2 million ($4 million) in non-diluted funding. 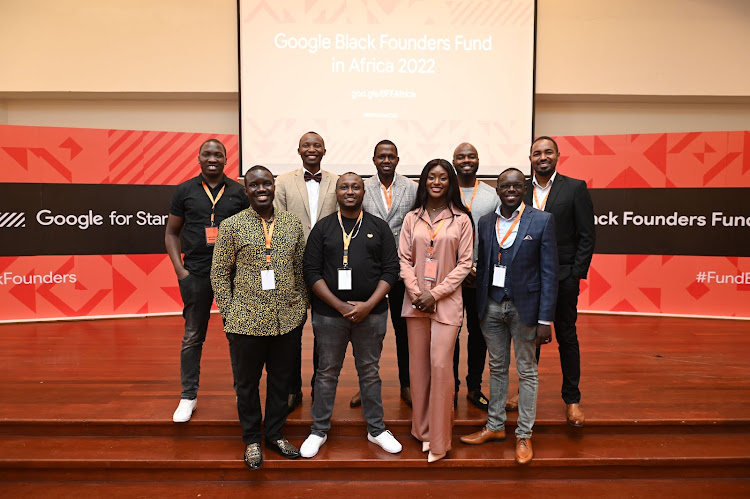 Some of the founders of the 12 Kenya startups that are part of the 60 African startups benefiting from the Sh479.2 million Google for Startups Black Founders Fund program.
Image: /HANDOUT

Currently, ICT's contribution to the GDP in Kenya is about eight per cent but is expected to grow up to 20 per cent by 2030.

Google has unveiled its second cohort of Google for Startups Black Founders Fund (BFF) for Africa.

The program seeks to reinforce Google’s commitment to empowering entrepreneurs and startups in the region as a vital prerequisite to driving employment and growth on the continent.

The 60 eligible black-founded startups from across Africa that are joining the program will receive a total of Sh 479.2 million ($4 million) in non-diluted funding.

They will also receive support that will enable them to scale up their ongoing work in terms of broadening their network.

This will involve giving them access to mentorship, knowledge exchange programs, as well infrastructure needed through tech support.

Google for Startups Black Founders Fund is a program that was launched in October 2021 having received its first cohort of black founders who participated in the six months training that ended in March 2022.

Speaking during the launch, Hesbon Malweyi, director general Ministry of ICT, Innovation and Youth Affairs, said that funding for startups was a problem in Kenya.

He said the BFF will see the youth grow as well as the economy.

“These startups are improving efficiency and transparency of administration for the larger community,” Malweyi said.

“This underscores the importance of digital technology in the economy making it a strategic sector economically as well as politically which allows room for the achievement of the set SDGs, ” Malweyi added.

Malweyi said that the national government is already in collaboration with Google to develop infrastructure within the country.

“At the moment we are partnering on connectivity to the courts so that matters of justice are dispensed as fast as possible,” he said.

There is also a drive, through the ambitious universal health coverage, to connect local hospitals to ICT infrastructure ,and TVETs for middle-level colleges.

The population in Kenya is ever-growing with limited opportunities for the youth to get dignified work.

New, young, fresh minds are needed to drive the innovation sector within the country, experts say.

“It is good to see that there is gender balance in the ICT sector. We want an economy that is thriving and performing well, especially in the area of startups and we expect that this will continue,” Malweyi said. 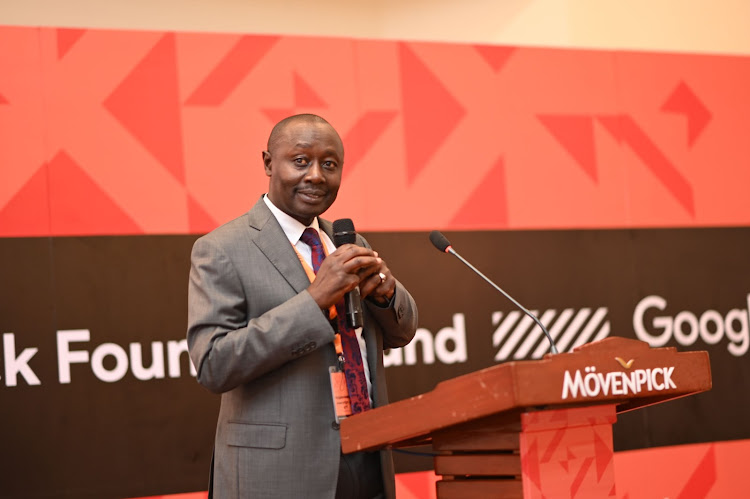 Femi Awoniyi, Startup Fund Manager, Google for Startups Africa said the funding is fundamentally supposed to level the playing field for funding all over the world.

“Africa is increasing on funding year-on-year but when you look at the African funding relative to the world, it is still under one per cent. This means that there is still a lot of room for growth,” Awoniyi said.

According to Awoniyi, black founders are more marginalised when it comes to funding, a gap that google is seeking to bridge.

Each of the selected startups will receive support in the form of a six months long training program, that involves gaining access to a network of mentors to assist in tackling challenges that are unique to them.

They will also be a part of tailored workshops, support networks and community-building sessions.

The 2022 grantees, constituting 50 percent women-led businesses, have been selected from 10 countries.

The top five countries with the most startups selected for the program are Nigeria with 23 grantees, Kenya with 12 grantees, Rwanda with six grantees, South Africa with five grantees and Uganda with four grantees.

Cameroon and Ghana have three grantees each, Ethiopia has two grantees while Botswana and Senegal have one selected startup each.

Folarin Aiyegbusi, Head of Startup Ecosystem, SSA noted that Africa is a diverse continent with massive opportunities, but it is faced with the challenge of limited diversity in venture capital funding flow.

“We hope that the Black Founders Fund program will be able to bridge the gap of disproportionate funding between expat startups over local and black-led companies,” Aiyegbusi said.

Charles Murito, head of government affairs and public policy in Sub-Saharan Africa at Google, said that BFF is a catalyst that will enable startups to be able to increase their run rate with funding.

“The fund is looking to support the digital ecosystem across the continent. What remains critical is that these startups can be scalable and that they leverage technology so that they can be able to deliver their services,” he said.

Google provided $3 million (Sh361 million) for the 2021 cohort that consisted of 50 startups, who have been able to raise over $87 million (Sh Sh10.5 billion) on follow-on funding.

“Africa is keen to see that its economy is driven by digital transformation. If you take up a startup in a country with a rather small economy like Chad, investors will be more invested in the scalability of that startup when it goes beyond its borders,” Murito said.

Funding for the Google for Startup Black Founders Fund will be distributed through Google’s implementation partner, CcHUB.

The equity-free cash assistance to startups will enable them to take care of immediate needs such as paying staff, funding inventory, and maintaining software licenses.

“This will help the grantees buffer the cost of taking on debt in the early stages of their business as many of them do not have steady revenue streams yet,” Aiyegbusi said. 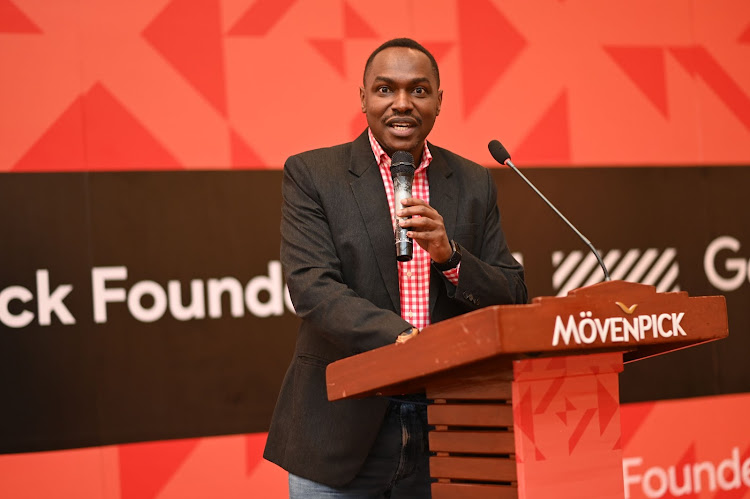 This is in the Heifer International Awards seeking solutions for smallholder farmers.
Business
3 weeks ago

In the long run, solutions from the health hub should help in improving accuracy and timeliness of data
Opinion
1 month ago

This is likely to benefit over 7 million such firms in Kenya
Business
1 month ago
Post a comment
WATCH: The latest videos from the Star
by MELINDA KIRWA
Business
08 September 2022 - 04:00
Read The E-Paper